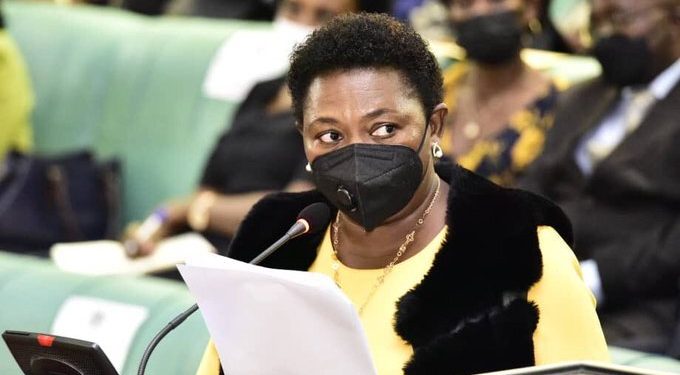 Parliament has rejected the statement by the ministry of trade explaining the skyrocketing prices of essential commodities after it fell short of short-term interventions to arrest the prevailing crisis.

The minister of state for trade  Harriet Ntabaazi said the government is planning to scale up palm oil production to cushion the escalating prices of soap and cooking oil which MPs found wanting.

Trade has presented a statement on skyrocketing prices of essential commodities and attendant actions undertaken by the government to control the situation.

The minister told parliament that there is no cause for alarm the rise in prices in Uganda is much lower than what is happening in other economies including Uganda’s neighbors.

On the issue of fuel prices, she says that Uganda’s fuel prices are lower than is in Kenya and Tanzania.

She however faced resistance on the floor when she told the house the government is partnering with other stakeholders such as Bidco to scale up the production of palm oil in the country which legislators found a long-time strategy that can’t provide immediate solutions to the current crisis.

The Speaker Anita Among put the minister to the task to tell the house about the short-term interventions that the government is putting in place. Among demanded immediate solutions to the escalating prices of essential commodities across the country and rejected the minister’s report.

Prime minister Robinah Nabbanja has accepted the parliamentary decision and promised to have a joint meeting between responsible ministries to find a clear solution and return back to parliament with a robust report.

Prices of Fuel, Soap, Cooking oil, and Yeast among others started escalating earlier this year due to factors that have remained not clear to the public.