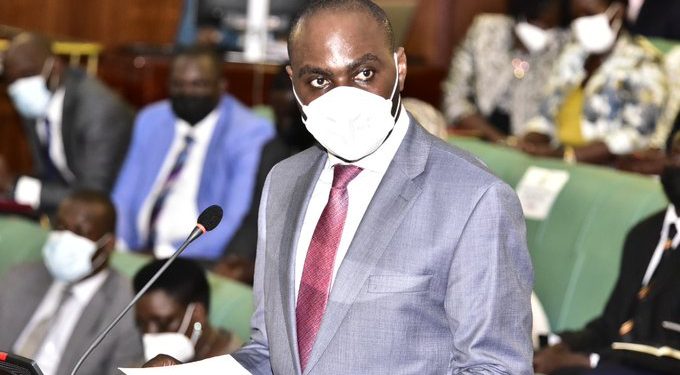 Minister of State for Finance Henry Musasizi has today laid the five-year Budget Frame Work Paper of 2022/2023- 2026/2027 before parliament. The government estimates a 43tn budget for the financial year 2022/2023

The National Budget Framework paper shows the summary of expected income and expenditure of a country for a specific period of time.

The speaker of parliament Jacob Oulanyah tasked committees of parliament to scrutinize the 43 trillion framework paper immediately after Christmas recess.

However, the leader of opposition Mathias Mpuuga Nsamba raised a procedural matter and noted that it would be illegal for Parliament to receive and approve the Budget framework without debating and approving the Charter of fiscal responsibility that was presented last week.

Legislators have vowed to ensure that the next financial year budget priorities Education, Health sector, and economic recovery before it’s adopted.

Parliament has also adopted a Supplementary expenditure of Shs21 billion under Schedule No.1 for FY 2021/2022 to Uganda Land Commission to settle outstanding claims by the Church of Uganda.