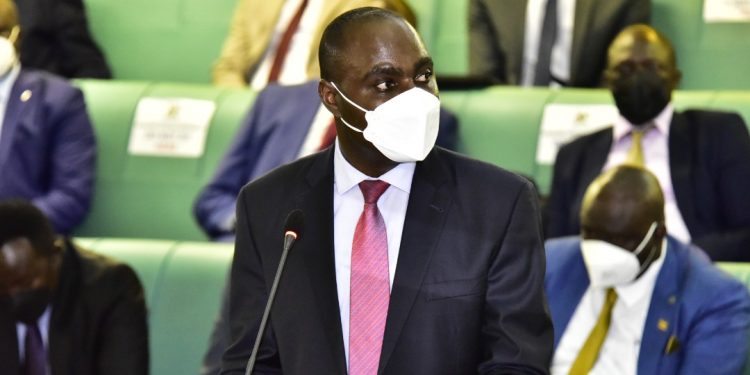 Parliament has passed the Public Finance Management (Amendment) Bill, 2021 into an Act with the purpose to allow the Uganda National Oil Company (UNOC) to retain a portion of the proceeds from the sale of Uganda’s petroleum to meet its financial obligations.

Chaired by Deputy Speaker Anita Among, the August assembly has considered and passed two bills; The public finance Management Amendment bill of 2021 and the Income-tax amendment bill of 2021 to domesticate and operationalize oil agreements which Uganda has signed with other states and oil companies to facilitate commercial oil production.

Whereas Government in its initial proposal had sought exclusive powers for UNOC to spend money at source, it has been rejected by Parliament on grounds that it would usurp Parliament’s appropriation mandate.

They rather recommended having UNOC’s cash calls scrutinized from time to time and not follow the normal budget cycle.

Although parliament has allowed UNOC to retain a portion of petroleum revenue and spend at source, the law has mandated lawmakers to approve the budgets estimates submitted by Uganda National Oil Company (UNOC) within 15days. Should parliament fail to clear UNOC in 15 days it will be taken as mandatory approval.

However, Muwanga Kivumbi (Butambala County) who authored a minority report warned against the proposal saying a similar approach was adopted in Angola and since then, the company has been riddled in corruption scandals. But the Attorney General Kiryowa Kiwanuka allayed fears of MPs.

Parliament has also passed the Income-tax Amendment bill of 2021 to introduce a Windfall tax on windfall gains of oil companies.