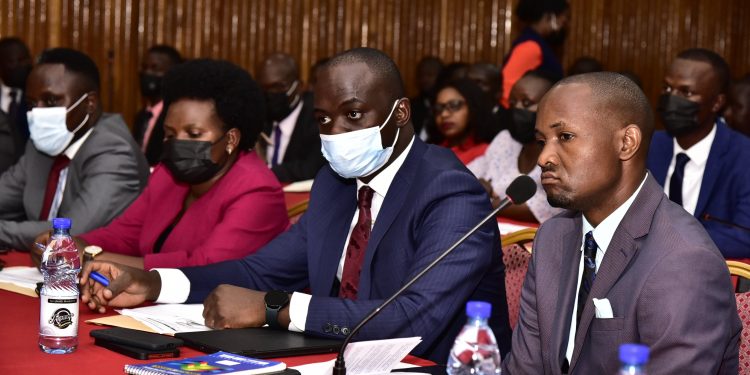 Addressing opposition members of Parliament during a workshop, the chairperson of the National Planning Authority Joseph Muvawala advised parliament to disband all sectoral committees saying they are irrelevant to the program-based budgeting which was adopted by the government.

Currently, parliament has 16 sectoral committees whose main mandate is to scrutinize budgets of different sectors.

Sec­toral Com­mit­tees are es­tab­lished un­der rule 175 and their  mem­ber­ship is des­ig­nated by part Whips at the be­gin­ning of every ses­sion of Par­lia­ment, on basis of the Party or Organization rep­re­sen­ta­tion in Par­liament and phasing them out calls for an amendment of the law.

With the shift from sectoral-based budgeting to the new budgeting approach that focuses on programs instead of the sector the minister of state for planning Amos Lugoloobi composition of the parliamentary committee has changed to fit into the new system.

However, lawmakers contend that phasing out sectoral committees alone will not smoothen the implementation of the program-based budgeting which is seen as a remedy for duplication of activities; if government ministries that implement the budget are not realigned too.

Muvawala also challenged MPs on their bottleneck affecting service delivery, quoting much time spent by government agencies discussing expenditure during the budgeting process rather than focusing on revenue mobilization strategies.

Meanwhile, opposition Legislators faulted the National Planning Authority for misleading the government with the  Parish Development model whose implementation has faced a lot of impediments.