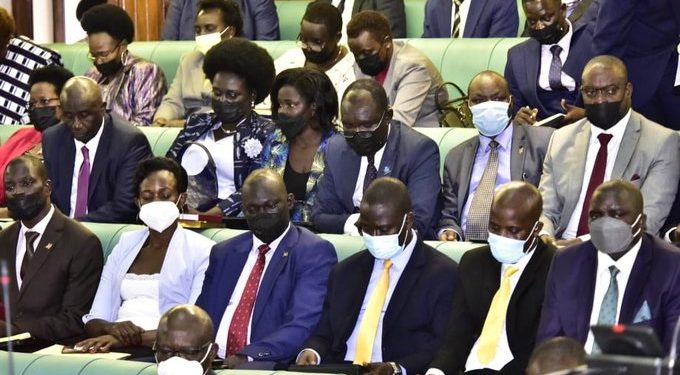 Parliament Against Teachers Discriminatory Pay, Directs the Prime Minister to Make a Report.

Parliament has directed the Prime Minister to present a comprehensive report detailing government commitment to enhance pay for Arts Teachers who have been on strike for over three weeks.
Even though the industrial action was called off yesterday, Parliament is uncomfortable with the discriminatory pay between Arts and Science teachers.

Although the Uganda National Teachers Union (UNATU) called off the strike of the Arts Teachers after meeting the president Yesterday in Kololo, Parliament have today expressed displeasure with salary discrepancies’ between Sciences and Arts teachers despite doing same work.

In this regard the Speaker Anita Among has asked the Rt. Hon. Prime Minister/Leader of Government Business to present a comprehensive statement on the plight of teachers, detailing Government interventions and plans to address the matter holistically and sustainably.

Among pledged that parliament is ready to support any interventions by government to harmonize salary disparities between Humanities and Science Teachers as a remedy to the endless industrial actions.
MPs argued that discriminatory pay among public servants offends the constitution of Uganda and must be dealt with once and for all.

But parliament has sided with UNATU’s decision to call off strike and urged teachers to return to class.

Parliament Commemorates 100 Years of Existence. Parliament has passed a motion to commemorate the 100 years of existence of Makerere...