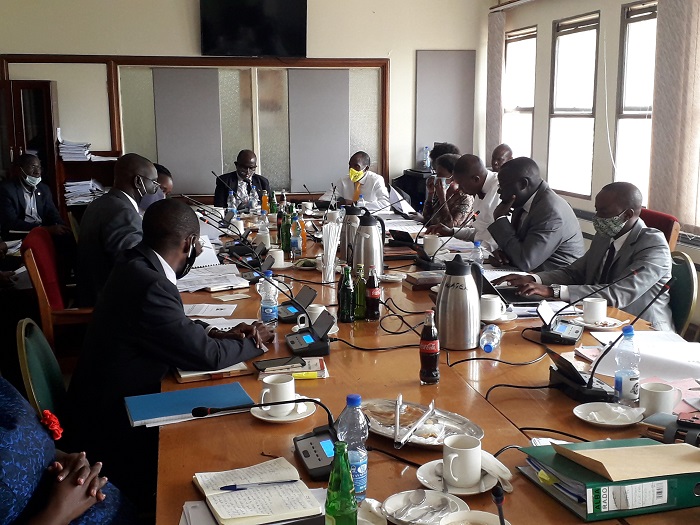 The vice-chairperson for the Public Accounts Committee of parliament, Hon Okin PP Ojara has said the committee is going to summon the Permanent Secretary to the Ministry of Finance, Keith Muhakanizi to explain why the 2.4BN which was meant to help street children has not been released.

“Today we have been meeting the ministry of Gender, Labour and social development and one of the issues that came up, was that out of the supplementary budget for COVID-19 that was passed by parliament, there was Shs 2.4 billion to support the street children, unfortunately, the accounting officer has today indicated that money never came” Hon. Ojara said.

While appearing before the committee to respond to the auditor general’s report on the financial statements of the ministry for the financial year 2018 -2019, the permanent secretary of Ministry of Gender, Labour and Social Development Mr. James Ebintu disclosed that as a ministry they have never received the funds as appropriated by parliament for the transfer of children.

Hon. Ojara said, it’s not correct for entities to budget for funds, and eventually, the money is not disabused. He said as much as parliament had appropriated the money it was not disbursed to the ministry, which is an indication that most of the monies’ parliament allocate are actually not sent to some of the entities that are meant to use the money.

He said it is an appalling situation and he will take it to a higher level to find out why the money that was appropriated was not eventually released to the institution that is supposed to use it.

Science Polls Are A Blessing in Disguise