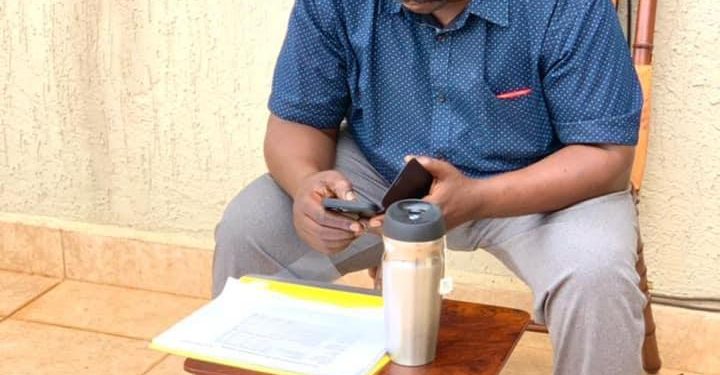 The Speaker of Parliament Jacob Oulanyah is working from home and not ill.

On Monday, social media was awash with stories that Oulanyah was critically ill and was due to be airlifted for treatment abroad.

According to Parliament’s Director of Communication and Public Affairs Chris Ariko Obore, the Speaker is well and having time with his children at home.

Oulanyah last presided over the sitting of the 11th Parliament during the reading of the 2021/2022 budget on June 10 at Kololo Independence Grounds. This raised concern from Members of Parliament about his whereabouts.

Oulanyah’s Deputy Speaker Anita Among chaired the house on the day that Vice President Jessica Alupo and Prime Minister Robinah Nabbanja were approved.   Oulanyah was also not present at the swearing-in ceremony of the recently appointed Ministers at Kololo on Monday.

According to Obore, it is a shared responsibility when the Deputy Speaker chairs the house in the absence of the Speaker.

One of Oulanyah’s assistant, who preferred anonymity, also said that the Speaker’s office is still being set up, which could be one of the reasons why Oulanyah has not been seen at parliament.

On Twitter, Team Oulanyah, a twitter handle that was in charge of Oulanyah’s campaigns said the information about his illness is false.

“Fellow Countrymen and Women… Kindly disregard the false alarmist reports about Speaker Jacob Oulanyah. He is well and in great spirits. At the moment, just like the majority of you, he is working from home. Please wear your mask, sanitize, and wash hands” the post reads.