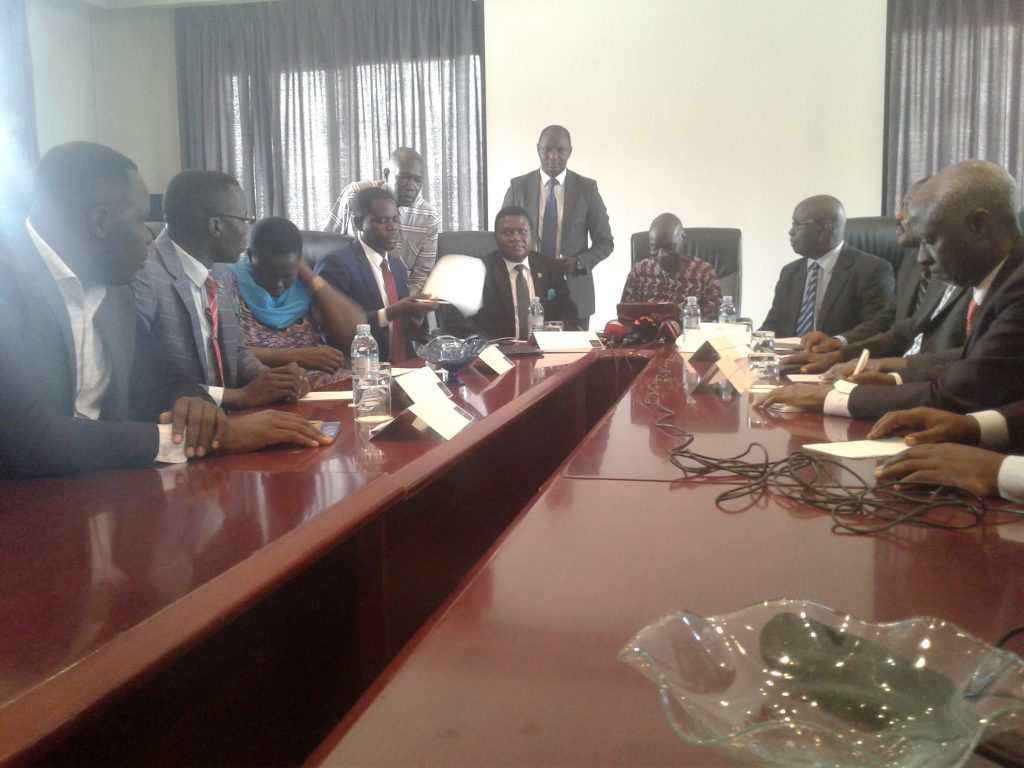 Uganda’s opposition has today unanimously agreed to having a national dialogue but with the set seven demands for the dialogue first fulfilled.

Addressing a joint press conference today in Kampala, former UPC president, Amb. Olara Otunu states that the country is in the grip of grave national crisis hence the need to have a national dialogue before the situation turns into a serious problem.

He further states that for the national dialogue to be fruitful and genuine, there are certain principals that have to be put in place before they can embark on the dialogue and among them include, the agenda of the dialogue, composition of participants, modalities for convening among others.

Now, Mugisha Muntu and are asking the NRM not to always think of using force if Uganda is to have a better future with smooth transition of power.
However, Lubega Mukaku, Wafula Ogutu and Geofrey Ekanya are seriously warning the NRM govt not to take the issue of dialogue lightly, reminding them of the nationwide consultations which called for the same path.

Now this is one of the best independence package that Ugandans should have as the country marks her 56th independence anniversary.

Among the opposition parties signed to the national dialogue include, Forum for Democratic Change, Uganda People’s Congress, Justice forum, Democratic Party, People Progressive Party, and new political movements like people power, and that of mugisha muntu.