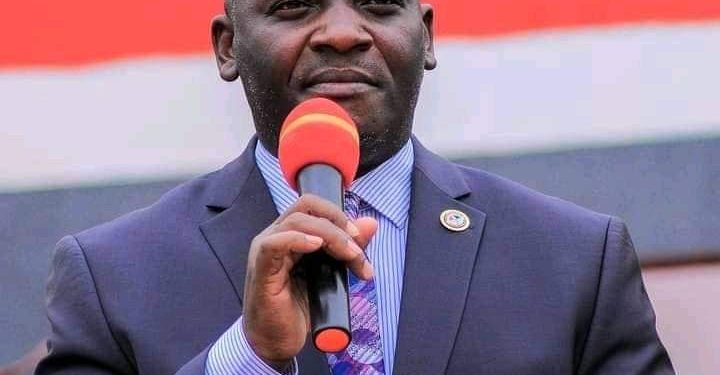 The opposition has declared a bid to censure the Minister of Security Maj Gen Jim Muhwezi, accusing him of condoning torture and other human rights violations. In a press conference at parliament today, the leader of opposition Mathias Mpuuga announced that they will start soliciting signatures of MPs tomorrow.

However, the government Chief whip has laughed at the opposition saying they have no numbers to censure the minister.

Addressing a press conference today at parliament, opposition legislators led by the leader of opposition Mathias Mpuuga have announced a bid to censure the minister of security Jim Muhwezi under rule 109 of the parliamentary rules of procedures, accusing him of failing to address the public outcry on the wide spate of human rights violations. They have also resolved to put a register at every constituency, for citizens to report cases of abductions, arbitrary arrests, missing persons, and human rights violations.

However, the press conference was short-lived after learning that their colleague Joyce Bagala had been detained by parliament police. They all matched to the police post and caused a scuffle.

After a long spell of fracas and fistfight, opposition legislators overpowered police and grabbed MP Bagala and the protest T-shirts which had been confiscated by police.

The government Chief whip Thomas Tayebwa has scoffed at the opposition’s attempt to censure wondering where they are going to get numbers. He disregarded their actions as posturing and faulted them for politicizing the good cause of fighting torture.

Meanwhile, the bitter exchange between the Leader of Opposition Mathias Mpuuga and The former MP for Kawempe South Mubarak  Munyagwa has escalated with each accusing another of frustrating the opposition struggle.