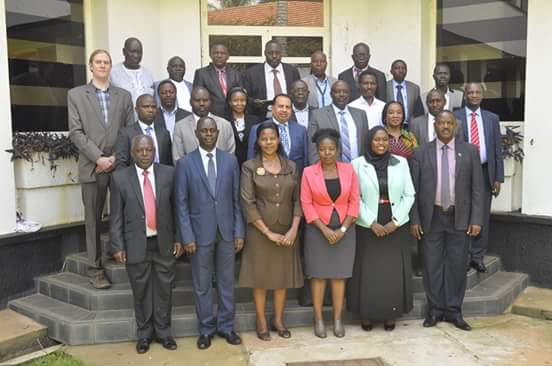 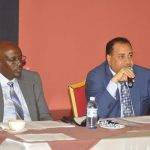 UGANDA AND TANZANIA OPENS TALKS ON JOINT BORDER REDEMARCATION/REAFFIRMATION
Officials from the Government of the Republic of Uganda and the Government of the United Republic of Tanzania have opened talks aimed at reaffirming the borders of Uganda and Tanzania.
The meeting was opened this morning by H.E. Richard Kabonero, High Commissioner of the Republic of Uganda to the United Republic of Tanzania at LAICO Lake Victoria Hotel in Entebbe.
Ambassador Kabonero is also the leader of the Uganda delegation while the Tanzanian delegation is led by Mr. Suleiman A. Saleh, Assistant Director-Africa Department, and Ministry of Foreign Affairs of the United Republic of Tanzania.
The meeting is being held to implement the directives of H.E. John Pombe Joseph Magufuli, President of the United Republic of Tanzania and H.E. Yoweri Kaguta Museveni, President of the Republic of Uganda during their meeting in March 2016 in Arusha, Tanzania as well as the decisions of the of the Ministerial sessions on Uganda-Tanzania cross border issues which was held on 29th July 2017 in Bukoba, Tanzania.
The Entebbe meeting is expected to review progress in the implementation of the directives of the two Heads of State on border reaffirmation, discuss and adopt a budget for the exercise and draw up a work plan as well as develop guideless for the reaffirmation exercise which is to be jointly undertaken by experts from both Uganda and Tanzania.
The two countries also agreed to use the International Terrestrial Reference Frame (ITRF) 2014 datum system to coordinate the existing boundary pillars in order to obtain the most accurate coordinates of Border Points.

Once accomplished the border reaffirmation exercise will result in clear border markings, reduction/elimination of cross border conflicts, joint planning and development of border areas. At the end of the exercise, a Protocol will be signed by the two countries and deposited with both African Union and the United Nations in accordance with the African Union deadline of 2022. END