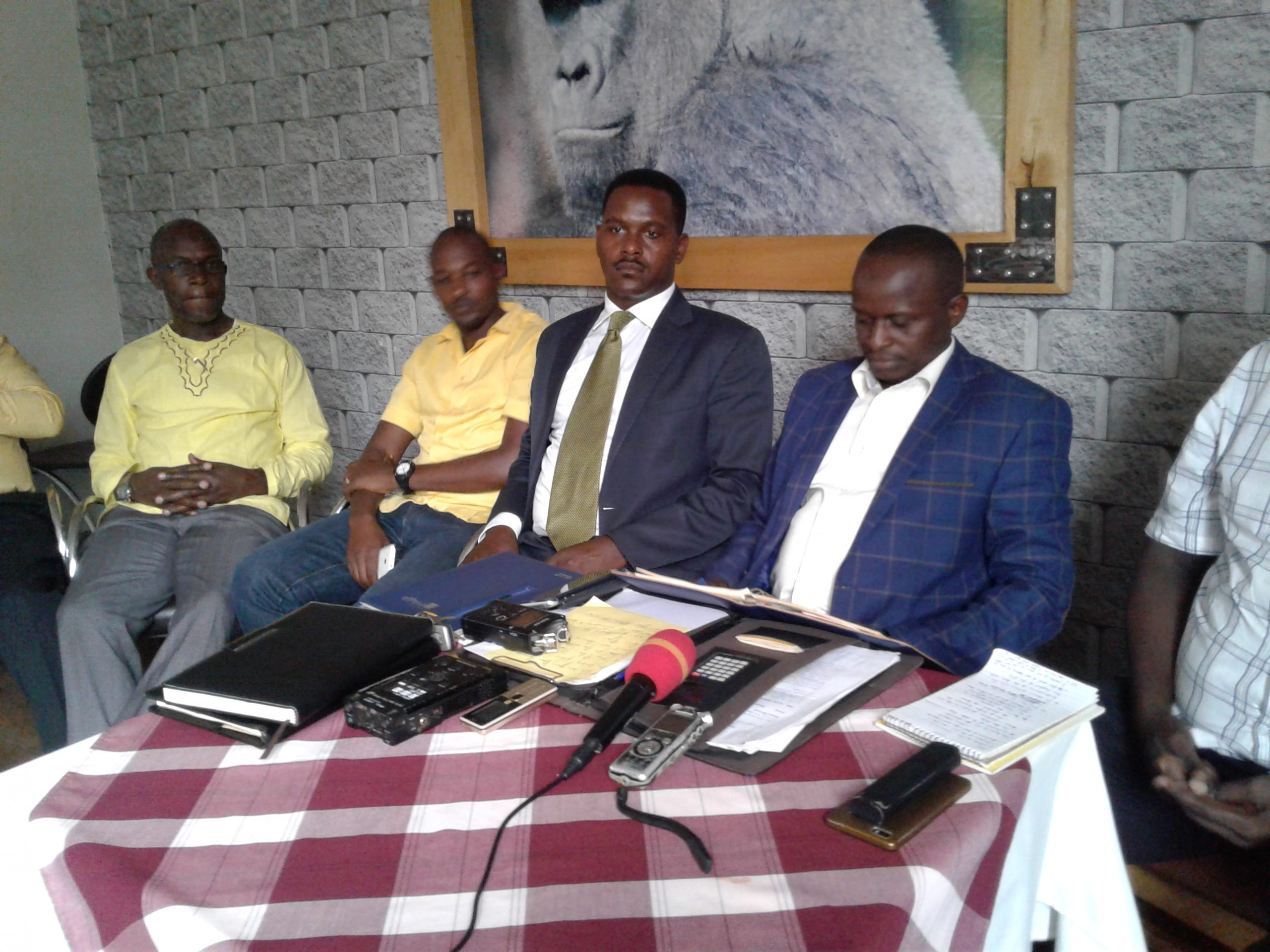 NRM district chairpersons under their body, NRM district chairpersons’ forum led by their chairman, Haji Taha Kingudu Sonko are vowing not to continue working with the party polls commission chairman, Dr. Tanga Odoi following his continued misconduct and outburst to a number of party heads with the recent being directed towards the secretary general, Hon. Kasule Lumumba.

Addressing a joint press conference today in Kampala, Kigundu accompanied by more than 15 regional and district party chairpersons mentions that if there are any issues between Tangaand Lumumba, should be addressed in the NEC rather than spilling everything in the media.

He further notes that the arrogance exhibited by Dr. Tanga is un acceptable and is against the party rules hence a need to have him tamed by the powers that be in the party.

Meanwhile, the chairperson Koboko district who doubles as the westnile regional coordinator, Hajati Madinah Naham refers toTanga’s as a person who has no respect for women in leadership with a case in point, the outburst with Hon. Amelia Kyambaddeand now with Lumumba which leaves her wondering whether he has a mother, wife and sisters.

The chairpersons also request that he apologizes to the party members, Lumumba Kasule, Basoga, appointing authorities, have him relieved of his duties for the party to have harmony.

Still, youth leaders led by Joseph Sewava add their voices to that of the chairpersons to denounce Dr. Tanga’s behaviours and also wonder whether he is a true party member.

Tanda Odoi has for long been accusing Kasule Lumumba of championing the delay in salary payment, low payments of his commission staff where as her staff at the secretariat are paid on time and earn fat salaries. And Lumumba also accusing Tanga of causing the mess during party nominations which saw NRM die hard loose out and other end up in courts.