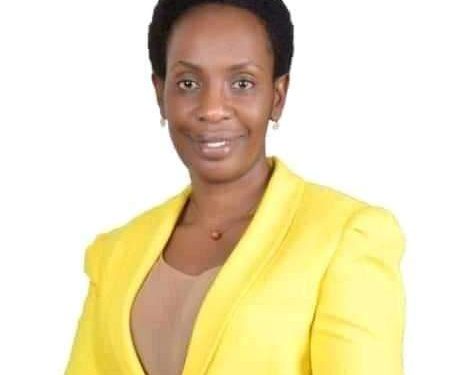 The Pan African Parliament (PAP) is one of the organs of the African Union that was inaugurated on 18 March 2004 in Addis Ababa, Ethiopia and has its seat in Midrand, South Africa.

Member States of the African Union are represented at the PAP by five MPs whose representation must reflect the diversity of political opinions in each national parliament.

The five positions to the Pan African Parliament are shared out among the majority party (NRM) taking three; while independents and the official opposition, National Unity Platform (NUP) take one seat each.

Kamusiime came as a replacement of Anifa Bangirana Kawooya (NRM, Mawogola West) who was appointed as a Minister of State for Health in Charge of General Duties.

Caroline Kamusiime Muhwezi joins Felix Okot Ogong (NRM, Dokolo South), who is returning to the Parliament for the second term having been part of Uganda’s delegation there during the 10th Parliament.

Kamusiime says that the creation of the continental Parliament is based on the ideology of Pan Africanism which encourages the solidarity of Africans worldwide.