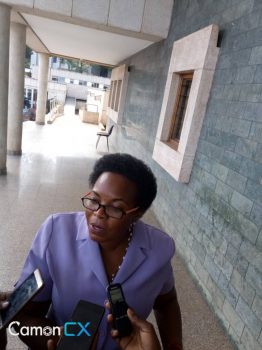 The NRM Buganda youth leaders’ caucus has asked the Party President to stop appointing poor people in cabinet because they are using public offices for their own benefit.

Speaking at the ceremony were this caucus recognized the best performing ministers and heads of government agencies, the chairperson of the Buganda youth leader’s caucus sewava mukasa said that when poor people are appointed in public offices they do all sorts of things to enrich themselves citing lands minister Betty Amongi who has been involved in the number of land scandals.

Sewava has also asked Mr. Museveni to stop importing ministers from the opposition because they are a disgrace to the party, yet NRM has capable people who can do the job.

The state minister for lands Persis Namuganza was recognized as the best performing young minister.

The chairperson of NRM Buganda youth leaders caucus Sewava Mukasa said that the awards were based on how one has implemented the NRM manifesto, focusing on programs which will get Ugandans out of poverty.

Speaking to some of the best Ministers,   state minister for lands Persis Namuganza said that she is very excited about the achievement, adding that it came out of her effort to teach the landlords and bibanja owners about the land law.

“By the way for me it was a surprise, I didn’t know that I was having an award among the best minsters performing minsters, but when I saw the award I was so impressed Namuganza said.

She thanked the youths for organizing the event, noting that she was not aware that there people who appreciate her services to the country, she pledged to work hard to serve Ugandans.