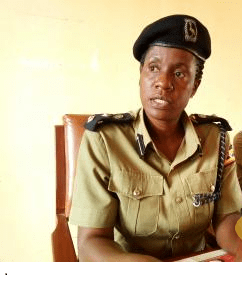 Ssezibwa region police headquarters has dismissed all the reported cases of kidnap in the area as fake. The Ssezibwa Region Police Commander, Susan Nalwoga, says they have recorded more than six kidnap cases of kidnap in Buikwe district since this month began.

Three of the alleged kidnap victims are Mary Namayanja, Zaina Mwagale and Gonza Nasimu. Namayanja was recovered from Bweyogerere while Nasimu was traced to her boyfriend’s residence in Kawempe in Kampala.

According to Nalwoga, Police investigations show that the victims faked their kidnap to meet their lovers.

Nalwoga says they have since picked up Mahad Kiyonga and Festo Kigombya to help with police investigations into the suspicious kidnaps.  She cautions parents against conniving with their children to fake kidnaps, saying they will be prosecuted.

Festo Kigombya, who was arrested for allegedly kidnapping Gonza, denies any wrong doing, saying they are lovers.

Gonza also confessed to police that she faked the kidnap to meet her boyfriend and apologised to the police and her family.

On Wednesday, angry residents stormed Njeru police baying for the blood of the suspects arrested in connection to the kidnap.