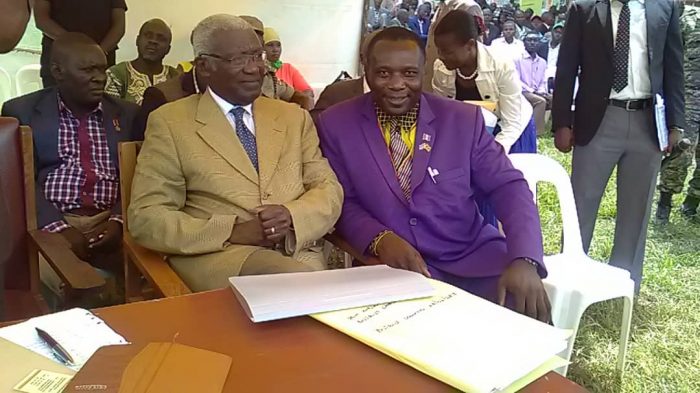 No Elective Positions for Public Servants

As the country approachs bringing new leadership in the villages, many are , with vigor and moral to show interest in serving Ugandans in the various positions.

Only those not in public service have a chance to stand for those elective positions, this was revealed by the Minister of Local government TOM Butime while in Mubende district.

Minister Butime asked all those still serving as government officials to withdraw their candidature because they are not allowed to serve double standard yet other people can serve in those elective positions.

These elective positions include Women councils, LC 1, Secretary, Treasurer among others.

However, the statement of the local Government Minister Butime has contradicted with the electoral commission boss Simon Byamukama who had said in his previous speech that anyone is free to stand for any post he or she wishes.

Minister Butime on saying all this, was attending a whole day function on accountability day in Mubende district were various government organs merged to show people the public what the district has done, what is still missing and what they expect to put in place for the benefit of Mubende people.

Kibuuka further urged his people when time for voting reaches, they should entrust people they know will serve them well and will not bring chaos.

He further strengthened the point of security, stating that, security issues begin with each one of us. “It is ones initiative to be safe and keep our security strong, know your neighbour and also call on one another so that we keep a close range it will be very difficult to interrupt a group like that”. Says Kibuuka during his address.

Kadaga Calls for Favourable Investment Policies For Ugandans in Diaspora