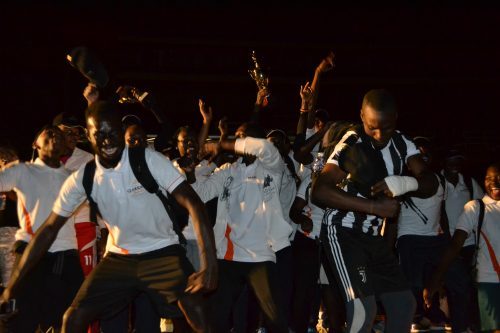 Speaking on the sidelines at the 6TH annual insurers sports gala at Namboole, the acting director marketing, research and development at the insurance regulatory authority of uganda, Sande Protazio and the CEO, Insurance institute of Uganda Saul Sseremba are sure that with the new strategies coupled with the changing world, Ugandans will slowly but steadily realize the benefits of taking up insurance packages.

They further state that such sports galas help insurance players currently in the market to synergize on how to go on with business away from their usual boardroom business as well as promoting health among the staff.

However, the CEO insurance regulatory authority of uganda, Hon. Haji Lubega Kadunabi cautions participating companies to desist from using non staff to participate in the sports gala, saying it kills the spirit of the game.

A few companies which broke the rules of the game had to be disqualified to sound signals to the rest that rules have to be respected.

Over 50 insurance companies took part in the 2018 sports gala with over 1500 staff participating in a series of games among them, football, netball, athletics, basketball, among other games.