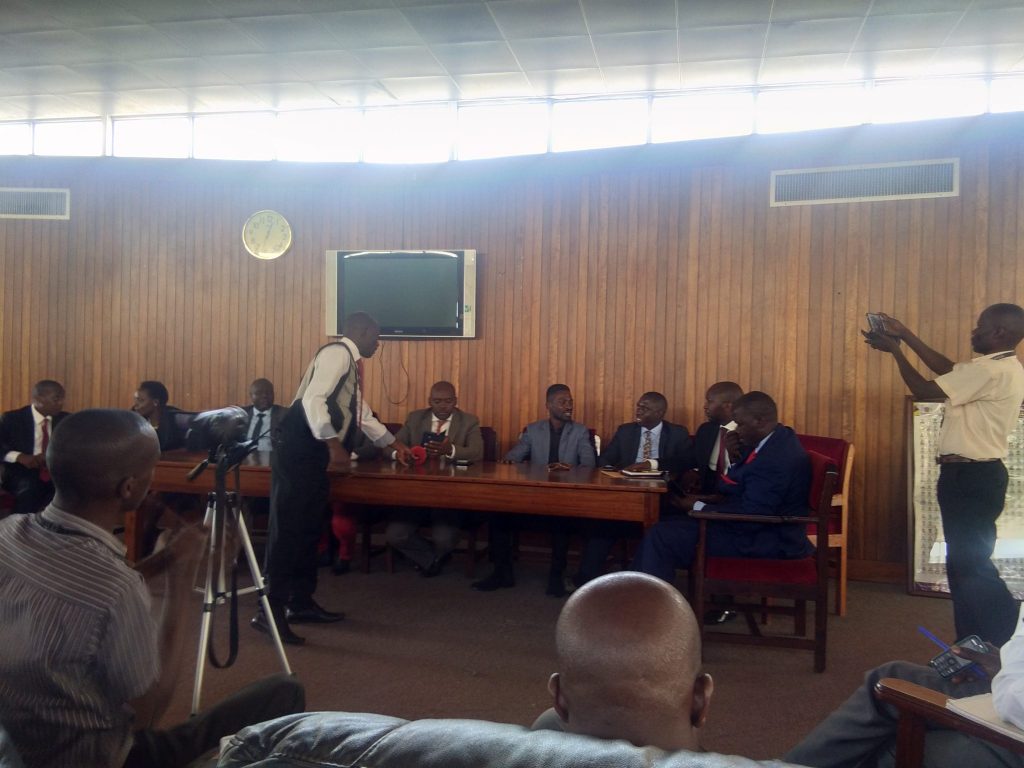 A coalition of legislators against lifting of the presidential age limits has today assured the public of their commitment to the struggle.
The coalition composed of independent MPs like Kampala Central MP Muhammed Nsereko, those form the ruling party the National Resistance Movement including Monica Amoding,Kassanda county Oshabe Patrick Nsamba, Kassambya County Gaffa Mbwatekwa and the opposition like Allan Ssewanyana of Makindye West, Mukono municipality MP Betty Nambooza amomg others.
The bipartisan coalition briefed the media today joined by Kyadondo East MP Robert Kyagulanyi commonly known as Bobi Wine who has called for peaceful civic action and Busiro East MP Medard Ssegona says the president should listen to the calls for his retirement from some of his peers, the religious leaders and other citizens.