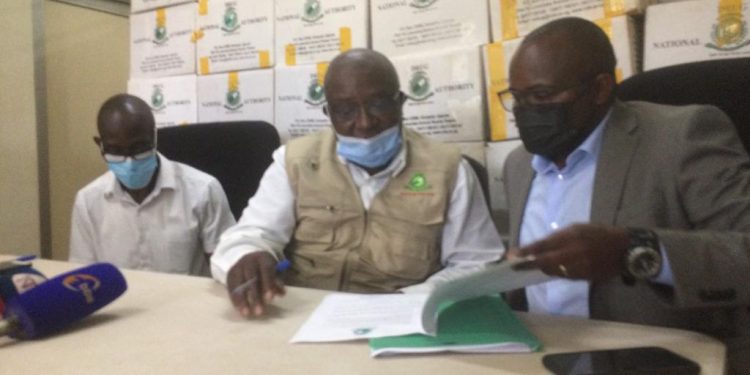 NDA SPEAKS OUT ON VACCINE EXPIRY.

Following reports from a section of legislators indicating that some covid-19 vaccines had lived their lifeline, national drug authority has made it clear that the vaccines are still in their usage timeline.

According to the public relations manager at NDA, Abiaz Rwamwiri some of the Astra Zeneca vaccines expire in September which means they can still be used till the last day of the month.

He also notes that since their lifetime is only six months, they get into the country after two months of manufacturing but govt through its health agencies do all that it takes to vaccinate people before the date of expiry.

He assures Ugandans that the vaccines are good and should not have any worries but go and take their dozes.