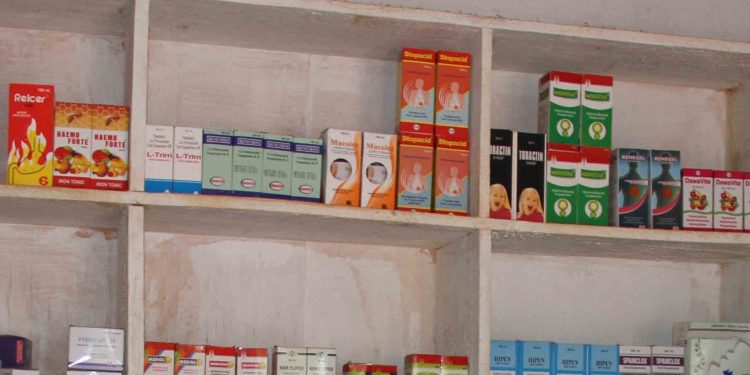 The head of enforcement at NDA Kyomukama Samuel decries the increased operation of drug shops in greater Kampala by unqualified persons saying its the major contributor to the increasing unlicensed drugs shops in the area.

Addressing journalists today in Kampala, Kyomukama says over 20 people were arrested operating drug shops and clinics in Kampala illegally with other stocking and selling expired drugs.

He further states that over 40 boxes of drugs worth UGX. 46 million were impounded and it’s upon this matter that NDA cautions the general public to be mindful of places they buy drugs from for treatment adding that this puts their lives at risk.

The suspects are now being held in different police stations around Kampala awaiting to be arraigned before the court to answer for their charges.

According to the drug enforcement agency, by 2020 the country had 14000 licensed drug shops operating.