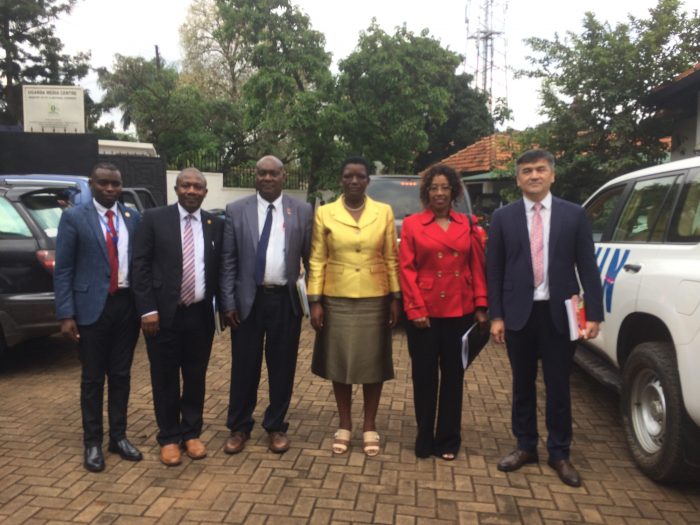 The president of the Republic of Uganda H.E.Yoweri Kaguta Museveni has today launched a new HIV campaign dubbed, presidential information and communication HIV campaign which mainly targets the youth.

Speaking at the launch of the new campaign today in Kampala, the minister for presidency, Hon. Esther Mbayo revealed that the campgin will mainly run on various media channels with well designed messages targeting the mainly the youth among other age groups.

She adds that the campaigns come at a time when the country has been running different HIV/AIDS messages with some contracting each other.

Meanhile, the director planning at Uganda AIDS commission, Dr. Vincent Bagambe cautions ugandans on living a recless life, reminding them that AIDS still exists and kills if not treated well.

Uganda has a population of 1.5 million people living with HIV/AIDS with 1.3 million of these currently on treatment.