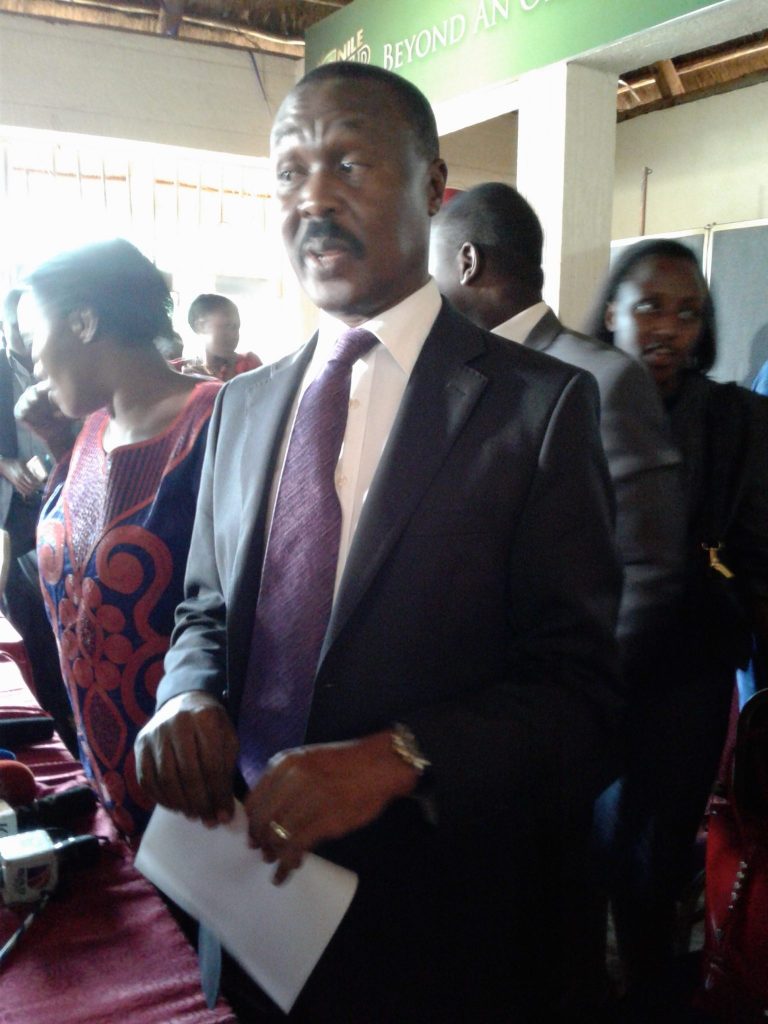 The former Forum for democratic change president, Maj.Gen. Gregory Mugisha Muntuhas today come out to announce his new plans where he is going to lead campaigns against article 102(b) amendments coupled with laying structures for party members to stand for LC1, 11 and women council polls across the country.

Addressing a fully packed news conference in Kampala and accompanied by Hons. Winnie Kizza, Ibrahim Semujju Nganda, Angelina Osege, Ibrahim Kasozi, Gerald Karuhanga among others who have been part of his campaign team, Muntu reveals that starting next week they will be going back to doing what they were doing before campaigns begun noting that this will involve joining hands with all minded ugandans and partners in building structures and networks necessary to resist general Yoweri Kaguta Museveni’s attempts to amend the constitution coupled with empowering Ugandans to take back their country. SaysGen Muntu.

Among the things that Muntu and his team are to focus on include, mobilizing all Ugandan to participate in LC1 chairperson polls, encourage, support and mentor pro change ugandans across party lines to offer themselves as candidates in the elections and mobilize ugandans to put pressure on government to drop their efforts of changing the safety provisions left in the constitution namely article 102(b).

He further mentions that he fully respects the outcomes of the elections, congratulating the winner, Hon. Amuriat but emphasizes that there are significant, undeniable issues and differences that exist within the party with some that emerged during presidential campaigns and others have stayed for long. Muntu however says there are some party members who feel that these differences are irreconcilable while others feel they can be resolved and he now calls for truth, frankness, open to exhaustively discuss these issues not with the newly elected president and his leadership but with other stakeholders right from the grassroot to national level.

Regardless of the outcomes of the consultative meetings to be held, Muntu reiterates that to ugandans,”Let us put the interests of the country ahead of personal or even party interests, but urges everone to focus their efforts on doing whatever they can to build justice and be united despite their diversity and just.” Saying this is a vision he has worked towards ever since he was 23 years noting that by God’s grace, it will be the vision he works towards for all his life.

He further calls for calm among all party members as he warns that emissions should not drive party leadership..

In a related development, Hon. Semujju Nganda was quick to reveal that the just concluded party elections were not a matter of death between the contestants but a way to democracy and good governance within the FDC which he urges all political leaders in the country to emulate.

Muntu who has steered FDC since 2012 when he was elected in a hotly contested election which saw Former party boss Rt. Col. Dr. Warren Kizza Besigye lose his presidency, he has registered a several positive changes within the party among them being building party structures right from the grass root, uniting party members among other positives.

His term of offices came to an end on 24thNovember 2017 at Namboole after the party delegates’ conference then ushering in the leadership of Eng. Patrick Amuriat Oboiwaiting to take oath tomorrow.