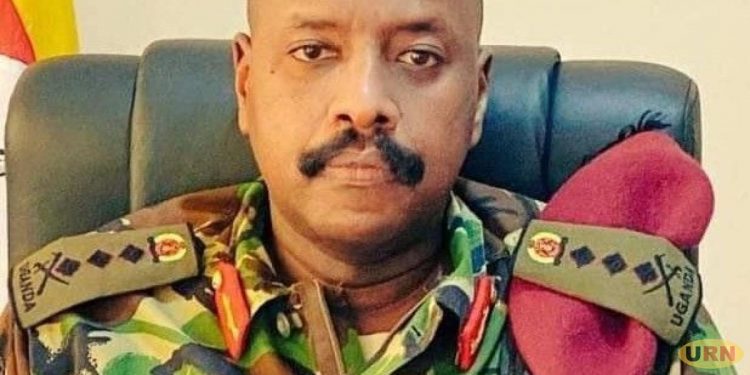 Lt. Gen Muhoozi Kainerugaba, the Commander of Land Forces has announced his retirement from the Uganda People’s Defense Forces-UPDF after 28 years of service.

Using Twitter, his favored means of communication, Muhoozi, who is also President Yoweri Museveni’s son gave no reason why he is opting out of the military.

“After 28 years of service, in my glorious military. The greatest military in the world. I’m happy to announce my retirement. I and my soldiers have achieved so much. I have only love and respect for all those great men and women that achieve greatness for Uganda every day,” Muhoozi’s tweet reads.

Immediately after its release, a number of people took to social media to comment on the development. Some are applauded Muhoozi while others wondered whether it’s indeed true or just a prank aimed at gauging public opinion.

“There is too much to do, I’m sure you are not going to the farm. Great decision and great opportunity to retire young,” tweeted Nada Anderson a former manager at Uganda Broadcasting Corporation. “

Thank you for your greatness As an NRM member of parliament, I’m ready to support your political journey,” tweeted Linos Ngompek an MP for Kibanda county. Mohoozi however had not said that he was embarking on a political journey which Ngompek talks about.

Others wondered how Muhoozi would walk out of the army just like that. “I didn’t know one just retires from the UPDF like a casual laborer digging a pit latrine… Was the right formal process followed? Gen Sejusa has been trying to retire in vain for the last two decades,” said Robert Mawanda referring to Gen. David Sejusa formerly Tinyefunza who last week court ruled that he is still a serving officer of the UPDF despite his desire to retire since 1997.

Efforts to speak to the UPDF Spokesperson Brig. Felix Kulaigye was futile as he didn’t pick up nor return repeated calls to his known number. His deputy Lt. Col Ronald Kakurungu declined to comment.“Please call the Défense spokesperson,” Kakurungu said despite pleas that he was not picking his calls.

It is not indicated whether indeed Muhoozi retired as per the UPDF laws. Usually, it is the army to announce the retirement of officers after processing their applications, not the officers undertaking the announcement themselves.

According to the UPDF ACT section 66(1), “An officer may in writing tender the resignation of his or her commission to the board but shall not, unless otherwise ordered by the Chief of Defence Forces, be relieved of the duties of his or her appointment until he or she has received notification, in writing, of the approval of his or her resignation by the board,” On the other hand, section 66(2) says that the board has 90 days in which to respond to the application.  Whether this was done is yet to be known.