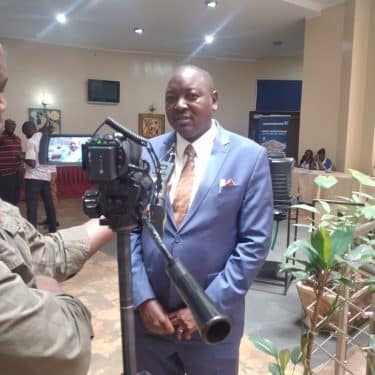 MPs on the committee of natural resources have asked the Ministry of Energy to finance their visit to Kenya to benchmark vandalism of electricity installations.

Legislators claim the Electricity (Amendment) Bill, 2022 which they recently passed with tough penalties on vandalism has not worked well to curb the vice that is causing the government huge losses.
In April this year parliament passed the Electricity (Amendment) Bill, 2022 with heavy penalties for vandalism including Shs1 billion in fines or a 15 years jail term for anyone who is found guilty of vandalizing electricity infrastructure. However, six months later, the parliament’s committee of natural resources is concerned that even the deterrent penalties have not helped to tame vandalism.

The committee chairperson Dr. Emmanuel Otaala says the vandalism of electricity pythons has escalated mostly because it’s perpetuated by insiders of agencies mandated with the distribution of electricity.

According to Uganda Electricity Transmission Company Limited’s data on vandalism, 52 electricity transmission towers have been destroyed by vandals along the corridor between Bujagali Hydropower Dam and Kakira Sugarcane plantation alone in the past 15 months. On top of that, transmission cables spanning more than 16kms have been cut off and stolen by vandals. This has been mostly blamed on the growing scrap industry.

Now the committee of Natural Resources wants to visit Kenya to benchmark policies and technology that has been used to cover vandals. MPs claim Kenya had a similar challenge with Uganda but they have been able to mitigate it.

By practice, it’s irregular for parliamentary committees to be sponsored by ministries or any other agency under their supervision as it may compromise the integrity of MPs to carry out oversight.