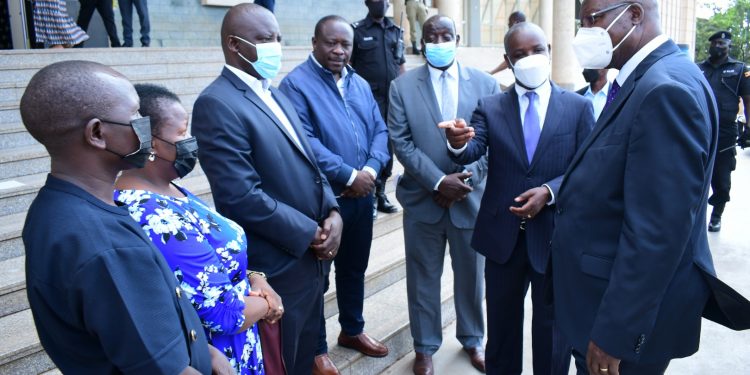 Mourning the fallen speaker Jacob Oulanyah has entered the third week as dignitaries flock to parliament to sign in the condolence book. Today Chief Justice Emeritus Bart Katureebe led the day with a moving tribute to the fallen speaker.

A Delegation of MPs from DR Congo has also arrived in the country to participate in the farewell of the fallen Speaker Oulanyah.

Former Chief Justice Emeritus Bart Katureebe who was welcomed by the Deputy Speaker of Parliament Thomas Tayebwa, urged the newly elected speakers of Parliament to uphold the values and aspirations of the late Jacob Oulanyah in steering parliament.  He underscored the need to improve the quality of debate in the house and also his commitment to fighting corruption.

Tayebwa committed to carrying on Oulanyah’s legacy in parliament and commended his impactful leadership that has United the country in his death.

Meanwhile, a Delegation of Six MPs from the parliament of the Democratic Republic of Congo has arrived in the country to participate in the sendoff of Oulanyah they have signed in the condolence book at parliament. 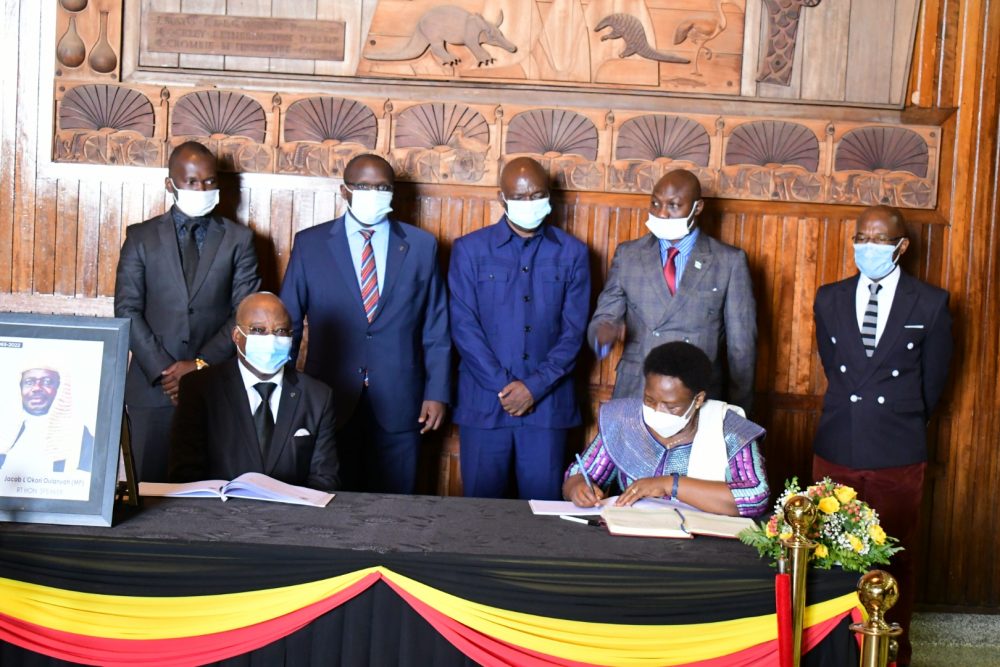 Tayebwa has applauded DRC for Joining East African Community and committed on behalf of parliament to support infrastructure projects financed by Uganda in DRC.

Meanwhile, everything is set at parliament to receive the body of the former speaker Oulanyah which is expected at the parliament at 9 am. The body will spend a night in parliament tomorrow and MPs have revealed their plans are going to mark the day.