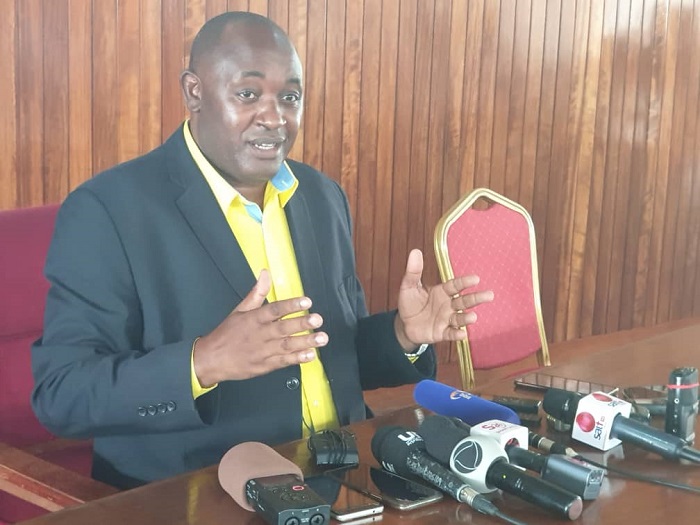 The state minister of housing Dr. Chris Baryomunsi has vowed to end Matayo Kyaligonza’s grip on the position of NRM vice chairperson for western Uganda.

He says NRM needs energetic leaders who reflect the nature of Uganda dominated by the youths; he has tasked NRM not to shield Kyaligonza from competition but let democracy dictate.

In 2015, the national resistance movement NRMs Odrek Rwabogo was forced to step down from the contest against Maj.Gen Matayo Kyaligonza for NRM Vice-chairperson for the Western region. This gave the NRM historical Kyarigonza to walk over unchallenged to retain his seat.

This time around the Kyaligonza is likely to face a hostile contest from seven party members who have expressed interests to unseat him. They include Diini Emmanuel Kisembo, Kintu Florence Tumwine, Shaban Bantaliza, Kafunda Boaz, John Magaro, Apollo Timugaya, and the state minister of housing Dr. Chris Baryomunsi. Baryomunsi who has been duly nominated today noted that many issues that have been affecting the people of Western Uganda have not been well represented in the top NRM decision making organ which provoked him to jump into the race.

“Believes the party needs young and energetic leaders of caliber to represent the demographic nature of the country Dr. Baryomunsi noted.”

The NRM vice-chairpersons sit on the central executive committee (CEC), a key organ of the party, whose core functions include directing political leadership of the party

At the age of 51, Baryomunsi believes he provides a balance between the youths and the senior members of the party.

However, Baryomunsi has warned NRM to avoid what happened in 2015 when Odrek Rwabwogo was stopped from challenging Kyaligonza but allow health competition to prevail.

What remains to be seen is whether NRM will not shield its senior member Matayo Kyaligonza from the competition.