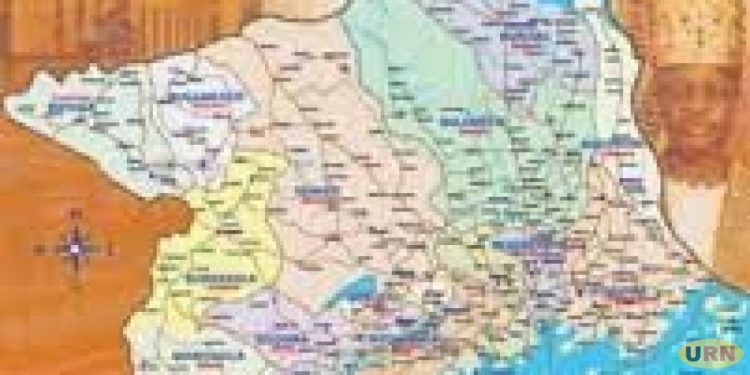 The Buganda Kingdom controls only 4% of the total land area in Buganda, a new report compiled by a committee led by the Kingdom Minister for Special Duties Daudi, Mpanga. The other committee members are Medard Lubega Sseggona, the Busiro East County member of parliament, and City lawyer Luyimbaazi Nnalukoola and Dennis Bugaya.

According to the report, of the 23,707.831 square miles of land in the kingdom, Buganda only controls 950 square miles under Buganda Land Board.  The report shows that the Anglican and Catholic churches own 92square miles representing 0.5%, Muslims 24 square miles (0.13%) while individuals own 8,650square miles (49%). Prior to the 1900 agreement,  the kingdom controlled all the land, which was under the trust of the king.

Of the 950square miles, 352 square miles belong to the king as an entity, 10 to the Queen mother, 16 to the Katikkiro, the treasury 16, and all the 18 counties own 148 square miles in total. These also include land purchased by the kingdom from individuals such as the land hosting Nakulabye and Wandegeya markets plus the land where tombs of the kings are found.

On these 950square miles, the kingdom has given out 21,000 leases and registered   315,000 tenants who pay rent to the kingdom. Daudi Mpanga, the kingdom Minister for special duties, says that the findings show that land problems are not orchestrated by the kingdom as it owns a tiny fraction of the land.

He says that the government should not think that removing the mailo land tenure system will solve land disputes in the country. Mpanga says that there will always be clashes on land as long as the disparities in the land offices are not solved.

The 1900 Buganda agreement divided the kingdom land into Official Mailo, which was to belong to the king and his chiefs plus relatives. The private Mailo was given to individuals and the colonial government held at Crown land totaling 9,000 square miles of uncultivated land, wetlands, and forests.

However, the report shows that the 9,000 square miles only exist in estimates whereas in reality there are only 6,804 square miles since the two counties of Buyaga and Bugangaizi seceded to Bunyoro after a referendum passed on November 4th, 1964.

In 2013, the kingdom signed an MoU with the government that saw the return of 1960 different properties that used to belong to the Administration of the Kingdom of Buganda. These were official estates for the Masaza, Amagombolola, properties of chiefs, markets, and a number of other properties that were taken by the provincial government after the overthrow of the constitution of 1962.

It is from the land that the kingdom earns and survives through the collection of ground rent from those using the land and those occupying kingdom buildings. In the report, the government of Uganda owes the kingdom Shillings 215.8 billion in rent arrears for the kingdom on properties such as Lubiri SSS located on 14 acres’ land supposed to be for the Buddu county chief, the Army barracks in Makindye and Nakasongola, Police stations such as Kira and local governments such as Kayunga and Mukono.