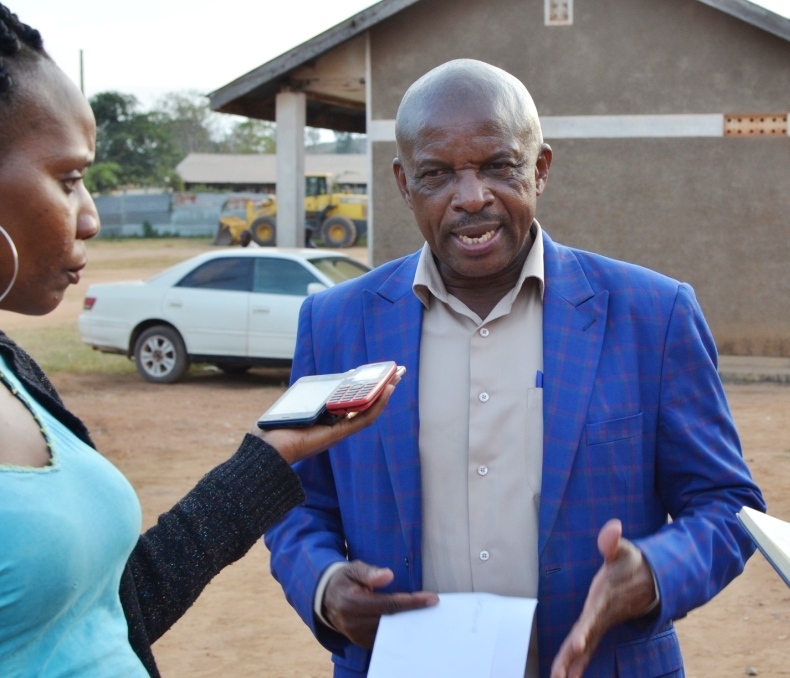 The deceased identified as Vincent Bayinda 45, a resident of Kirindimura ’B’ in Kasagama sub-county was buried on Wednesday.

It has been established that Bayinda, a prominent livestock dealer in Kasagama, was trading with Congolese in Kiruhura and on different occasions took the cows direct to Democratic Republic of Congo, where the Ebola virus is still rife.

Already 49 residents, who came in contact with Bayinda before and after death, have been quarantined at Kirindimura to contain the spread of the CCHF virus.

They include the deceased’s family members mainly his wife and eight children, his parents, his brother identified as Mugerwa plus Nshanga Ndyanabo, a neighbour. Others are Yona Twumwine (Kirindimura ‘B’ chairperson), and Laban Twesigye (Kirindimura ‘A’ chairperson) plus others.

According to Dr. Moses Nkanika, the District Health Officer (DHO), they first suspected Ebola before the Bayinda’s sample was sent to Uganda Virus Research Institute (UVRI)-Entebbe which confirmed CCHF.

In his explanation, CCHF is communicable and can cause severe viral hemorrhagic fever outbreaks that can lead to death.

Although the Bayinda had symptoms similar to Ebola or Marburg, Nkanika said the results were negative.

Following the results, a team of health experts was dispatched to monitor the situation at Kirindimura village where a monitoring unit was set up.

“We have another suspect (patient) quarantined at Lyantonde hospital, while the 49 still in Kirindimura. We have sent his sample blood sample to UVRI for analysis,” he said, adding that they are working hard to contain the disease from spreading to other parts of the district

He further noted that CCHF can be transmitted by getting in contact with a patient’s secretion like sweat and blood. “It starts off with fever, joint pains, and then progresses to bleeding from different body outlets such as mouth and nose,” he noted.

In a meantime, Dr. Nkanika advised residents especially in the affected village to refrain from kissing, hugging, shaking hands, sharing sharp objects as they continue assessing the situation.

Dr. Okoth Obo, the outgoing Lyantonde Principal Medical Superintendent, has advised residents in the affected area not to get in contact with the infected person but to inform health officials in time for the solution.

“I caution residents and family members of the infected person not to sleep in the same house and touching them. Even when they die, it is the experts to handle the body in a professional way,” Obo warned.

Still, members of the isolated group have been prohibited from attending parties and other communal gatherings.

However, Geoffrey Ssemanda, the Kasagama sub-county councilor, said that the confined people are being monitored under strict rules. Shortly after the outbreak, several residents abandoned their houses for three days thinking it was Ebola.

He added that those from neighboring villages could not cross to Kirindimula village while others could not board cars from the village fearing to fall victim of the outbreak until when they the results confirming CCHF.

Ssemanda noted that trade of goods and services, as well as other activities, had stalled in the area. “The situation is now normalizing after district health workers visiting and sensitizing residents about the disease,” he said.

He explained that they have already been shunned by their own family members claiming they have Ebola. “We have called our family members but they insisted we were a threat. If some of the residents have moved out of the villages it means

Since the outbreak, several health workers are said to shun CCHF patients due to lack of protective gears. Concerned nurses said they cannot touch the patients without protection.

“We are also human beings and not demi-gods. As nurses/health workers, we at high risk of catching deadly diseases if we do not take extra care. We need protective gears to help such patients but our hands are tied,” they said.

They added that patients and caregivers in different wards self-discharged themselves after learning that someone with an Ebola-like disease had been admitted. However, matters worsened when Patient Zero (Bayinda) passed on and another patient brought in on Thursday.

“Although they were put in an isolation ward, patients continued leaving their respective wards until after three days when it was announced it was not Ebola,” a nurse noted.

Dr. Ronald Bameka, the Lyantonde District Veterinary Officer (DVO), who heads One Health (treatment of humans and animals altogether), told us that CCHF is spread by a type of tick called Hyalomma and infects both human beings and animals.

“The truth is CCHF is in a group of Ebola and people need to be extremely careful. We spent the whole Friday on awareness in Kirindimura village trying to teach people the dangers of the disease and how to protect against it,” he noted.

He said that they wrote to the Ministry of Agriculture, Animal Industry and Fisheries and the Ministry of Health to intervene and delegation of experts is expected to visit the district on Monday over CCHF issues.

Fred Muhangi, the Local Council (LCV) Chairperson, explained that the group of people in isolation was given fourteen days to be monitored by health experts.

He advised the residents in the affected area to quickly report the cases in time for a quick response. While the ministry of health has intervened, Muhangi appealed to the residents to be cooperative to avoid losing lives.

However, he noted that samples of the 49 in quarantine have not been taken as they wait for the ministry officials to arrive. “When officials arrive, they will take samples and examine all them. It is them to determine the next step of action,” he said.

Lyantonde has been home for several disease outbreaks such as Rift Valley Fever (RVF), Marburg, Hepatitis B, and others for several years. The diseases have left several residents dead and others admitted.

They were believed to have consumed meat from infected cows, sheep, and goats. He added that two other patients died after referral to Mbarara regional hospital.

RVF is a viral disease that primarily affects animals but has the capacity to infect humans and can result in death, according to the World Health Organisation (WHO).

Westnile To Have Mango Processing Factory