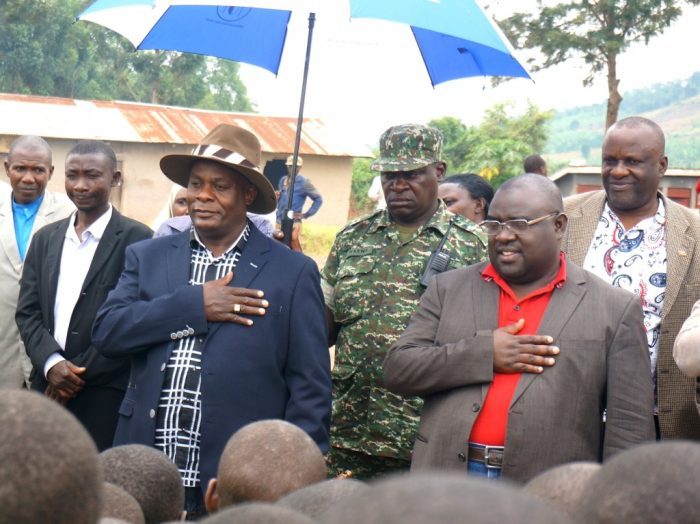 Elders in Kooki Cultural Institution are working out plans on how to revive and operationalise the nineteen clans that are at a point of extinction. They have laid dormant for several decades.

Through a committee of 275 elders, they are looking at returning the legacy of clans and their heads in addition to their traditional language (Lukooki) and counties.

Unlike the rest of the clans that weakened after the Kooki was integrated into the Kingdom of Buganda in 1896, the Babiito have lived profoundly up to date.

Yusuf Kizito Ssekalaala, heads Kooki’s Elders (bataka) Executive Committee of 33 members. He says that Kooki was one of the powerful kingdoms in East African region until the scramble for and partition of Africa by the whites in 1894.

As a result, Kooki started losing its power Buganda which was supported by the whites and many of them became colonial administrators.

As a result of the integration, Ssekalaala states, the bakooki gradually adopted and joined clans in Buganda leaving their own on a deathbed.

“Originally, these clans had different families and leaders. And as a young Kingdom then all its administrative units were suppressed after joining Buganda in1896. Slowly, the clans’ operations weakened,” he noted.

Ssekalaala further told us that wars, intermarriages and new cultures adopted are some of the factors that corrupted Kooki’s norms and culture.

He argues that for over years the bakooki have been kept in the dark without knowing the truth about their history.

Sulaiman Kalanzi (77), another elders’ committee member, believes that engaging families of the staunch bakooki and the loyal subjects will act a great step in reviving and operationalise clan systems.

Kalanzi notes that successful business moguls, academicians, researchers, and other professionals from Kooki should be brought in the campaign.

Further still, he urges the subjects to join the campaign for a good course adding that they should insist on giving their children names of their Kooki clans and abandon importing names from Buganda.

Dickson Ssebyaala, the Kooki Minister for Culture, says that after spending so many decades under Buganda kingdom, the bakooki’s pride for their clans and cultures slowly diminished leading to low self-esteem among them.

“This happened after the bakooki started relying on Buganda and neglected or shunned own cultural values,” he recounts.

Among the strategies they are looking at to revive and strengthen the clans and all administrative units include soliciting funding to enable them to hold regular campaigns and empowering existing clan leaders with necessary resources to hold clan meetings and other activities.

Ssebyaala adds that they are also considering writing and distributing literature about Kooki’s rich history in schools and different libraries and museums.

“We have our own museum where schools and individuals from Kooki can visit and learn more about clans and other histories concerning Kooki,” he notes.

In their campaign, he says, they will first target the young generation especially in schools and different communities to boost their self-esteem to love and appreciate their culture.

“We will document all details about the clans and their roles as strong pillars of Kooki because ‘once a kingdom always remains a kingdom,” he says.

Kooki is one of the 13 independent cultural institutions in Uganda gazetted under Traditional or Cultural leaders act, 2011 with their hereditary heads.

Kooki historians argue that the clans had their own headquarters while their heads were given powers to decide on behalf of the king (Kamuswaga).

Bishop Cornelius Bakubanja of Anglican Orthodox Church is a celebrated academician and historian. He is a mukooki from Balangira clan. He says all Kooki clans are traceable and can be ignited into active operation.

The Batundu originate from Lwanda with their clan leader Livingstone Kintu, a grandson to John Kabandagara, the former prime minister for Kooki in 1900.

Following threats from the kingdom of Bunyoro, Ankole and Kiziba (formerly in Tanzania), Bakubanja says some of the clans in Kooki kingdom were annexed to Buganda and they remained suppressed since.

“Some personalities opposing our history have conflict of interest. Do they mean that Kooki and its people died that they should be erased from history?” he wanders.

In February, Kooki formed a research desk to help revitalize its dying Lukooki language, counties and clans in a bid to extend effective services to the subjects.

According to Moses Luyima, who heads Kooki’s research desk and palace operations, there was a gap in the administrative structures due to the inactive clan leaders, common language and county departments.

When revived, Luyima explains that these departments will handle lower administrative matters to relieve the prime minister of the overwhelming workload.

Al-hajji Idi Ahmed Kiwanuka, the Kooki Prime minister, says they expect to re-launch clans and counties operations at the 15th Coronation Anniversary of the Kamuswaga-Apollo Ssansa Kabumbuli II in May.

He says the idea to re-energise the three counties was long overdue adding that they have well-designed plans to reappoint the heads of these structures.

Samson Kakembo, one of the historians and researchers attribute the bickering between Buganda and Kooki to ignorance because of lack of research.

“Even after the agreement between the two institutions, Kooki retained its administrative structures. That’s why Kooki has its own head, ministers, flag, anthem, a court of arm, clans, and counties,” he argues.

Critics claim that it is not an uneasy task to revive clans predicting that little will be achieved due to lack of funds to support various activities mong other limiting factors. But the researchers, historians and elders believe things will improve with time.

Even so, it has been revealed that the research desk is to be funded by the three legislators from Kooki including Boaz Kasirabo (Kooki constituency), Amos Mandela (Buyamba) and Juliet Kinyamatama, the Rakai Woman MP.

Kinyamatama says she offered to support the desk for the good of their clans and language among other values.

Kasirabo notes that funding for research about clans and lukooki is one thing which will help the bakooki understand and appreciate their history.

Still, Mandela explains that the research desk will help to clear doubt among subjects of the two cultural institutions (Buganda and Kooki).

Since the year began, the Kamuswaga, his ministers, elders and district leaders in Kooki have visited different sub-counties in a campaign to promote all administrative units including clans and counties and the promotion of lukooki and its history.

Kamuswaga says this enables him to get closer to his subjects in a bid to share their concerns which encourages good administration.

“With a strong clan and county system, Kooki will remain strong. I appeal to the bakooki wherever they are not to forget their history and support their kingdom in any way they can for a good cause,” he remarks.

Written documents in Kooki museum indicate that Kooki has had 13 kings since inception and they include,

An official in Mengo says that Kooki has a right to do whatever they want to improve the operations of the ‘county’. “They should do so because we encourage it in a bid to strengthen Buganda Kingdom,” the official adds.

Critics argue that the clans can be fully revived if the two institutions bury their hatchets.