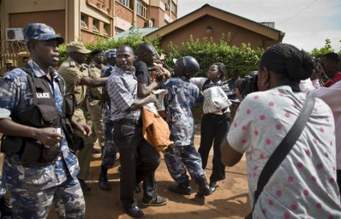 Reverand Kashangire Evert of Kakumiro church of Uganda has urged Ugandans to always stick to the truth while fighting for the good of their nation and not succumb to pressure and money distributed by those in power.

Rev. Evert who was leading the burial mass of one Damba Rogers a fallen journalist who used to cover opposition political events.

Rogers who was arrested while covering a political rally by the new political movement in Uganda, People Power led by Kyadondo East member of parliament, Hon. Robert Ssentamu Kyagulanyi, aka. Bobi Wine was later found dumped in the bush dead.

All crews from his relatives, workmates and fellow journalists pointed to one thing, being a hard-line journalist for opposition events.

The Reverand further asked the youths and mourners to always emulate the spirit of Rogers who has shown courage and love for his country by covering the marginalized in a hard time.

Such people take us back to the days when Ugandans were fighting for independence, despite the torture, threats, and arrests they did not give until the country attained her independence from the British on 9th October 1962.

The death of such journalists has left many others like James Akena a photographer with AFP and others languishing with injuries following facing brutality from UPDF and other security operatives.

On a number of times, rights activists have asked the state to refrain from brutalizing journalists but less has been done.

A number of court cases have been filed by activists and little has been attained by journalists and activists from the state which wants to retain power at all costs. 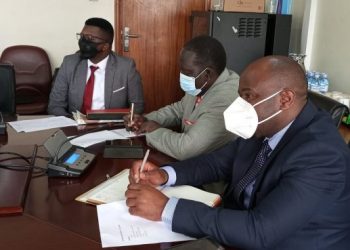 Opposition Calls for A Select Committee to Probe Abductions. Members of the opposition in parliament have called upon parliament leadership...