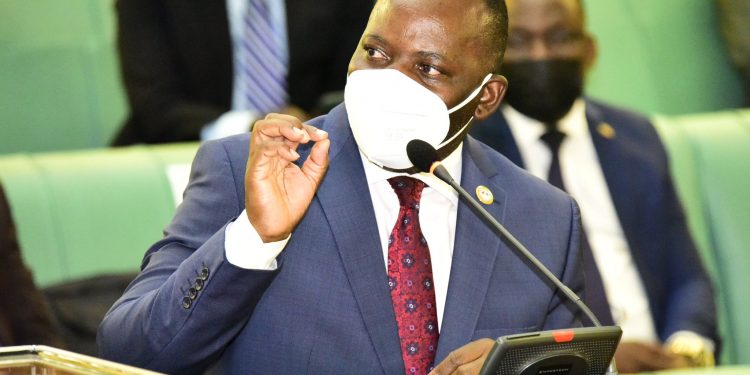 The Leader of Opposition (LOP), Mathias Mpuuga has written to Speaker of Parliament Jacob Oulanyah seeking an urgent convening of a parliamentary Sitting over the fuel crisis in the Country.

Mpuuga highlights that several fuel stations across the country have run out of fuel while those with stock are charging exorbitant prices calling for parliamentary intervention.

The prevailing fuel crisis which started late last year has continued to paralyze the economy and raise anxiety among Ugandans. The leader of opposition Mathias Mpuuga says a hiked fuel crisis is a risk of a country shut down in the event that urgent interventions are not undertaken to address the crisis.

Rule 21 of the Parliament Rules of Procedure requires a petition signed by at least a third of the legislators to recall Members from recess. As per this requirement, it requires 186 MPs out of the 559 members of the 11th parliament to sign a petition for the House to be recalled.

However, Mpuuga has requested the Speaker to use his powers to recall the House earlier than 27th January 2022 which is the communicated date for resumption.

The proposal by the leader of the opposition has received full support from members of parliament who believe that recalling of parliament was long overdue.

Some legislators want the parliament to reconvene not only to address the fuel crisis but also for other issues that have not been attended to like the UPDF deployment in DR. Congo and the resurgence of covid-19.

The vice-chairperson of the NRM parliamentary caucus Herbert Kinobere (MP Kibuku County) has seconded the request for parliament to be recalled to attend to the astronomical fuel prices impasse but cautioned opposition politicians from looking for political scores in the crisis.