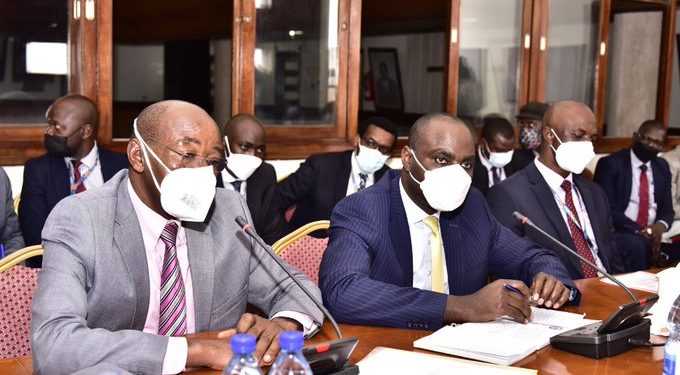 The Ministry of Finance has revealed plans to cancel 17projects to a tune of Shs4.2Trn after staying idle for long without completion and takeoff.

The Ministry of Finance carried out an assessment of project performance in order to ascertain non-performing projects. The Ministry admitted before the budget committee of parliament that 17 externally financed project portfolios have been faced with a number of challenges like an increase in direct costs of non-performing projects which informed the decision to cancel them

This revelation prompted MPs Muwanga Kivumbi (Butambala County) and Barnabas Tinkasimiire (Buyaga East) who tasked the Ministry to table the list of the contracts that are headed for cancellation and what happens to the funds already spent on these projects. The task force revealed all the projects to be canceled.

Ramathan Ggoobi, Secretary to Treasury however called out the hypocrisy shown by the MPs wondering why they are complaining about stalled projects but they are also protesting reports on impending cancellation saying, the cancellation or renegotiation is intended to give Ugandans better projects.

Budget committee members have raised concerns with the 465.4bn shillings which have been allocated to the parish development model saying it’s too little to run the project which is the priority to drive the socio-economic transformation agenda. Each of the 10595 parishes in the country was promised 100 million shillings which tally to 1.05 trillion shillings but only 465.4bn has been earmarked for the parish model.

Committee members have protested the reallocation of 205.5bn shillings from wealth funds including Women Enterprise Program (UWEP), planting materials under NAADS, Luweero-Rwenzori, PRDP, and Coffee seedlings under UCDA to fund the Parish Development Model, saying PDM should not come at a cost of other programs.