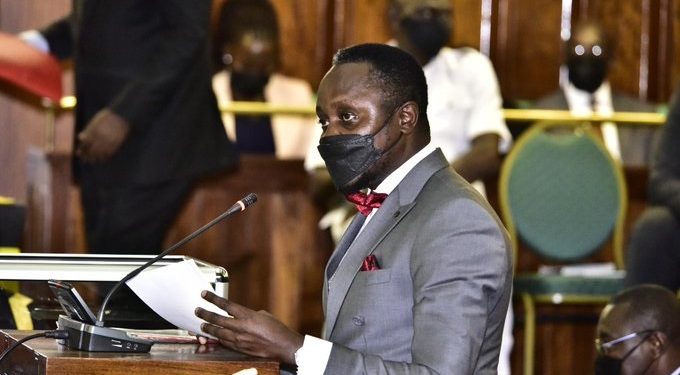 Member of Parliament for Mawokota North, Hon. Hillary Kiyaga has been granted leave of Parliament to introduce a bill titled, The Copyright and Neighboring Rights (Amendment) Bill.

The private member’s bill seeks to recognize and protect the rights of a composer of literary, artistic, scientific, and intellectual works cognizant that the law as it is, assigns such rights to producers.

Kiyaga sought leave of the House during the plenary sitting of Wednesday, 30 July 2022 chaired by Speaker Anita Among.

Kiyaga said that the current Copyright and Neighboring Act does not grant due benefits to originators of works, a trend he wishes to cure in the new bill.
“As an artist, I know you are fed up seeing musicians on the streets as beggars; it is because their works are not protected. It is, therefore, the duty of this House to protect their works”, said Kiyaga.

The bill proposes penalties and sanctions on infringement on copy right works, a task, Kiyaga said has proved tedious and unattainable for most authors.

Kiyaga noted that with passage of time, some aspects of the Copyright and Neighboring Act have become outdated, necessitating the amendment.
“In light of advances in technology and emerging practices, there is an increase in the nature of copyright works that can be protected and infringed on”, he said.

Workers Representative, Hon. Abdul Byakatonda who seconded the motion said the amendment is timely saying, ‘the industry it seeks to regulate is a potential foreign exchange earner’.
“This is the industry which is very attractive to everyone but in Uganda, you find the holder of the copyright is miserable when their rights are reproduced and sold elsewhere,” said Byakatonda.

He cited international good practices where authors of works in countries such as the United States are granted rights over their works for 20 years.

“The new bill will establish a register of copyrights and empower the registrar to impose administrative penalties for infringement on copyright works and settle disputes,” Magoola said.

The proposed legislation will attract revenue from ringbark tunes and devices used in the reproduction of protected copyright works. 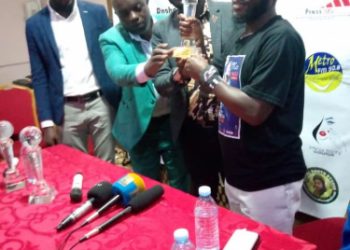