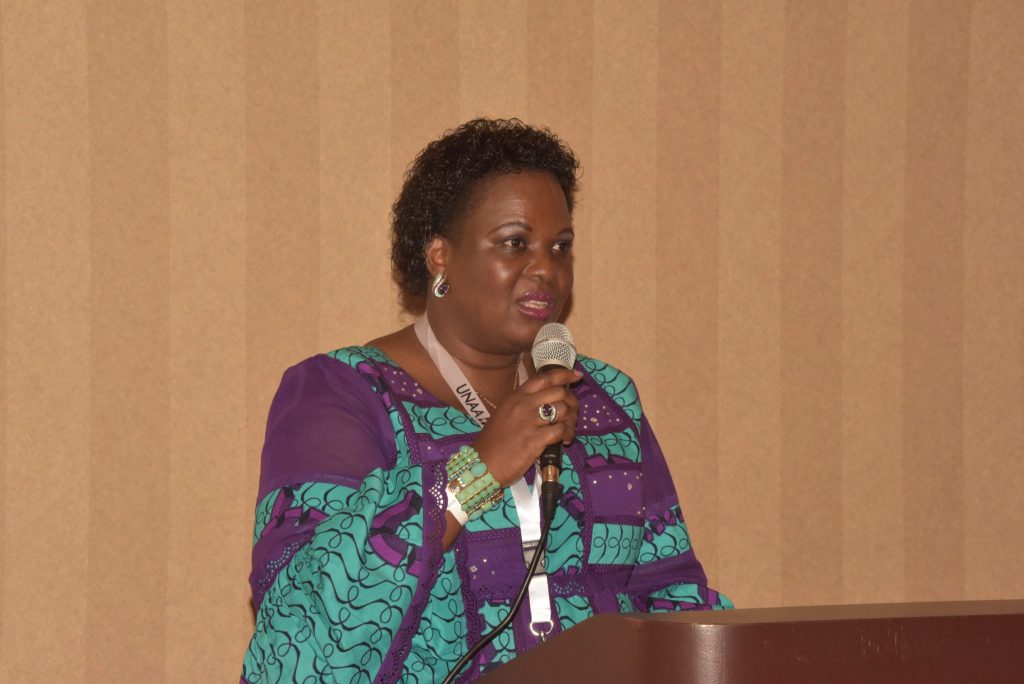 The Minister of Lands, Housing and Urban Development, Betty Amongi has introduced a lands management system adopted by the Ministry for Ugandans living in the Diaspora.
Amongi said the new system is aimed at minimizing land grabbing and any fraudulent related land dealings.

The Minister was speaking at the land and housing forum at the Ugandan North American Association (UNAA) Convention on Saturday, 2nd September 2017 in Miami, Florida.

Amongi said the Ministry of Lands has upgraded its record keeping system of land titles.
We know you have issues related to purchasing genuine land, some of you have been cheated or given bad deals on land. We are working on verifying the right real estate dealers, she said adding We are establishing for you a Diaspora Desk in the Ministry on any land issues, whether buying property including verification of land.

The Permanent Secretary in the Ministry of Lands, Housing and Urban Development, Dorcas Okalany echoed the Ministers statements.
She said that in a country where only 18 percent of land owners have registered title or certificate and with most land holders not having documentary evidence of their property rights, an integrated lands management system is key.
The land information system is meant to digitize land that has been titled. This helps in minimizing fraudulent land deals. The process of digitizing all land in Uganda will go on until 2019, Okalany noted.

She added that they have provided a systematic land demarcation system where land can be owned communally or through clans. Okalany said that the land around the country is going to be separated into regions referred to as zones.