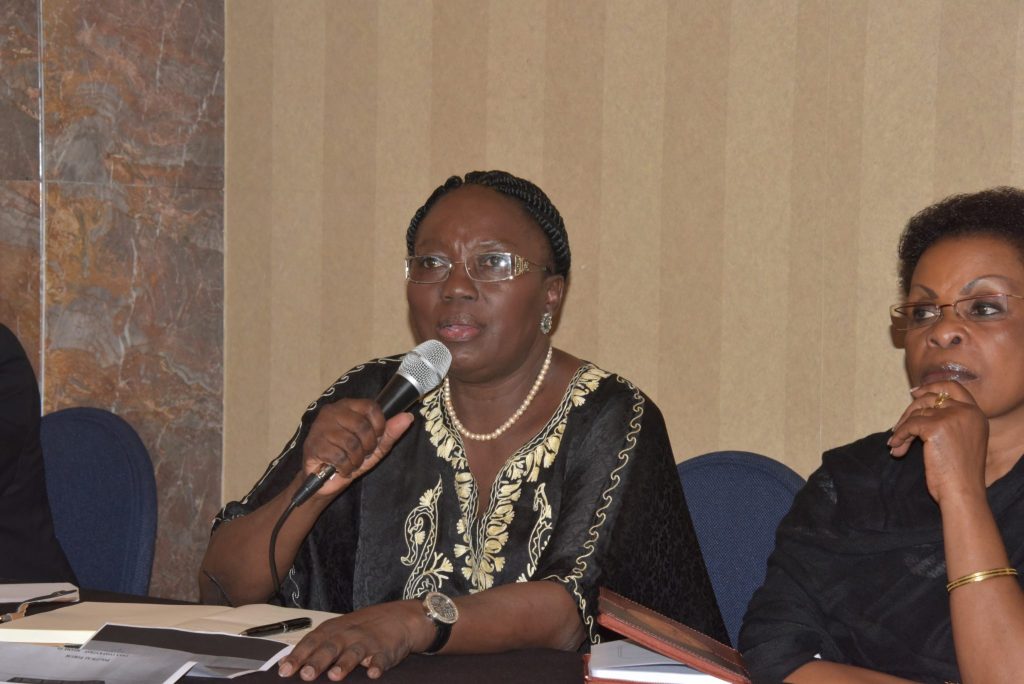 The Speaker of Parliament, Rebecca Kadaga, while addressing the political forum of the Ugandan North American Association (UNAA) on Sunday, 03rd September 2017 in Miami, Florida, said that she is aware of the predicament Ugandans abroad face and has already initiated the process with the government.
I am happy to note that our continuous interactions have brought this far; to see that we have national identity card and dual-citizenship registration going on at the convention now, Kadaga said.

She however, noted that there is need for Ugandans to be more patriotic when incurring such fees.
You spend so much in taxes paying it to the United States but you cannot part with a mere US$ 400 for your country, Kadaga said.

Kadaga was responding to concerns by some sections of Ugandans in the diaspora who argued that since they remit a lot of money to Uganda, they ought not to be charged US$400 to acquire dual citizenship. They also argued that the process of acquiring dual citizenship was tedious.

Albert Bakasabara, a Ugandan living in Washington DC said that it was unfair for him to lose his Ugandan citizenship because he did not denounce being a Ugandan. He further said that the fees for acquiring visas become astronomical for those intending to travel to Uganda.

However, with the enactment of Uganda Citizenship and Immigration Control (Amendment) Act, 2009, dual citizenship is now possible upon fulfilment of some requirements including payment of a fee.
I came to the US as a student and eventually got my citizenship when I started working here; however, I am a Mutoro with property in Uganda and I go back every year, I have never stopped being Ugandan, he said, adding that, US$ 400 is money not everyone can afford, especially if you want to take your family home and these are the hindrances we face yet we want to be part of our country.

He also added that he is worried about the legitimacy of his land title for the land he owns in Uganda because he is no longer a citizen.
The Government Chief Whip, Hon. Ruth Nankabirwa said that the government is working on revising the visa fees for those intending to travel to Uganda.
These are fees for a service for you to get citizenship when you acquired another citizenship.

She added that for the case of the land titles and property belonging to those who lost their Ugandan citizenship when they became American citizens, it is safe and no one is going to take it away.
I can assure you that your property will not be confiscated by the government or anyone else. However, to be on the safe side, you need to regain full custody so that you freely administer it by acquiring dual-citizenship, Nankabirwa said.

Nankabirwa also promised the Ugandans in the diaspora that the government will come up with a friendlier package of visa fees for those intending to travel back to Uganda with their families.

The Speaker also encouraged Ugandans in the diaspora to work together to create an investment vehicle back home in Uganda as a way of them playing a role in the development of the country.

The Speaker later officiated at the closing dinner of the Convention at a dinner and she asked that whenever a new convention commences, it reviews issues discussed in the previous one.