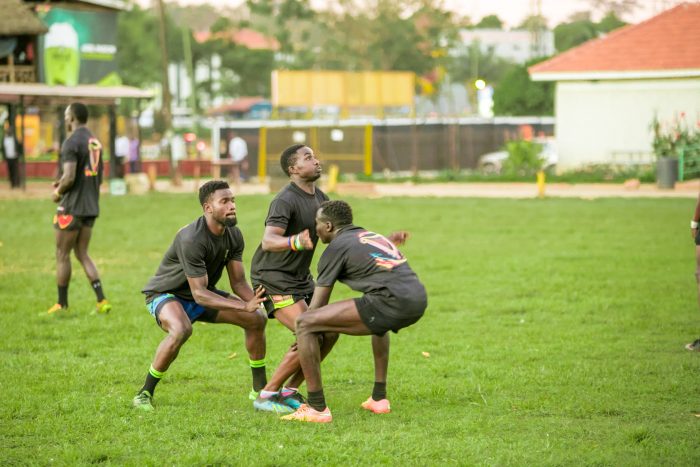 With less than a month left before the Hong Kong 7s kick off, the Guinness sponsored Uganda Rugby Cranes 7s team has stepped up its training regime as it bids to improve on its 2017 quarter final finish at the tournament slated for Friday, April 5 to Sunday, April 7, 2019.

Former Kenya Sevens Strength and Conditioning coach, Geoffrey Kimani has joined the Rugby Cranes 7s side’s technical bench to support the Ugandan team’s efforts to adequately prepare for the tricky Hong Kong tournament. Kimani is not new to the Rugby Cranes 7s as he was part of the teams 2017 success.

“We are grateful to Guinness for their support towards rugby development in the country over the past three years. Thanks to their support, the Rugby 7s have ably represented Uganda on the global stage and as a result, we have witnessed an increase in the number of fans,” Uganda Rugby Union CEO, Ramsey Olinga said.

The Hong Kong 7s is arguably the most valued leg of the World Rugby Sevens series circuit. It’s the seventh tournament on the sevens’ series 2018-2019 calendar, which acts as the principal route for qualification for the Tokyo 2020 Olympic Games.

Yet again, it promises to be highly competitive, with 15 core men’s teams and 11 core women’s teams battling for the title.

“We are ready for the battle ahead of us, and we are hopeful that we shall be successful in Hong Kong,” Michael Wokorach the team captain said.

The boys will be competing against the 2018 defending champions and other teams like England, Australia, New Zealand, and South Africa.

“The Rugby Cranes 7s radiate the important attribute of boldness which Guinness has come to be known for over the years. With every leg of the sevens series they have played at, they have shown that they are made of more and it is for that reason that our passion for rugby keeps growing,” said Cathy Twesigye, UBL’s Brand Manager, Premium Beers.

Distributed by APO Group on behalf of Uganda Rugby Union.