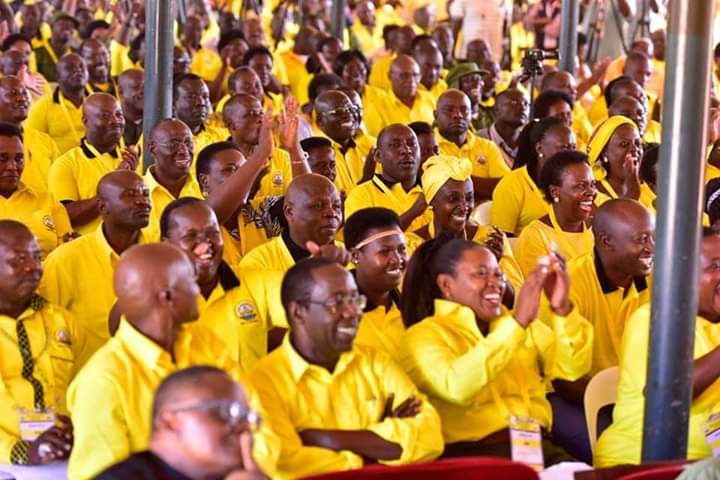 The NRM Parliamentary Caucus has unanimously supported the Chobe Resolution by the Party’s Central Executive Committee (CEC) to have the National Party Chairman and President H.E Yoweri Kaguta Museveni continue leading the Movement and the State in 2021 and beyond.

The position by the NRM Legislators was taken shortly after the presentation by the Party Secretary General Rt. Hon. Justine Kasule Lumumba on the topic Towards 2021: Milestones & Strategies for the NRM Party During her address, SG Lumumba read out to members the Chobe resolutions.

The motion mover Hon. Hellen Asamo representing PWDs in Eastern Region said Uganda needs President Museveni now more than ever before for his firm guidance and mentorship of the Party Membership. Her position was unanimously seconded before the Legislators took a break. The sessions resume later this afternoon with a debate on linning-up for the Party internal elections as also proposed by CEC.