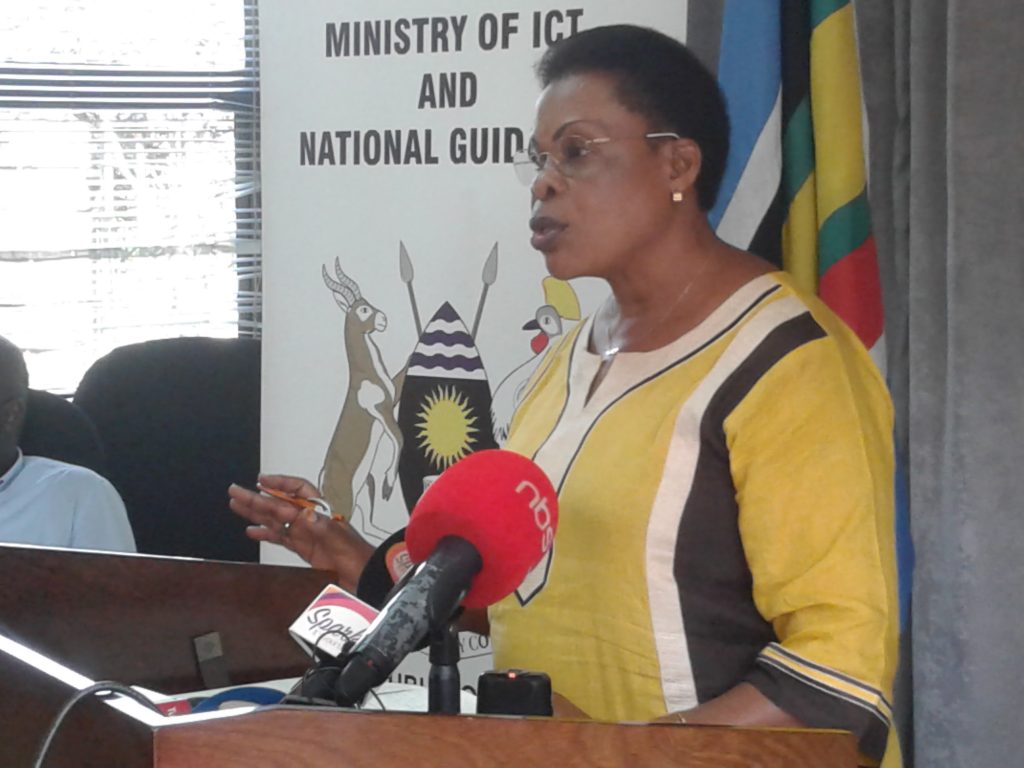 The minister in charge of Kampala, Betty Namisango Kamya is urging all people living and working in Kampala to stay calm and keep observing the KCCA Act even when the executive director is soon vacating her position.

Monday this week, the KCCA executive director, Jennifer Ssemakula Musisi handed in her resignation letter to the president, public service ministry among other relevant ministries indicating plans of her moving on to doing other business and leave KCCA.

Since Monday, street vendors, taxi operators, boda riders have turned the city into a mess, as they now don’t respect the law that governs the city.

Musisi’s resignation sparked excitement among various sections of people living and working in Kampala, among them being the lord mayor of Kampala, Salongo Elias Lukwago who called a press conference to water down the works of Musisi and reminded her of his previous warnings.

But Kamya is now cautioning Lukwago against his venomous statement saying they are likely to cause insecurity in the city and city hall, hence leading to poor performance by the staff.
Kamya further stresses that Musisi has scheduled to hold a stakeholders meeting before the close of December where she will detail her next move as well as present her account before the auditor general detailing her term of office.

On the in fights in KCCA, Kamya reveals that she had no problem with Musisi only that the media blew the matter out of proportion. She also says vacant positions in KCCA are to be filled very soon.
Now that the president has not yet read Musisi’s resignation letter, her resignation still hangs in balance not until the fountain of honor gives a positive reply.

Musisi’s tenure has seen Kampala city have a new face look among them being, construction of new and better roads, install street lights and do away with round about in the city, order all building owners to always paint their premises, new buildings to always have approved plans among others, though some people have lived to hate her for heading a brutal authority which has terrorized people with others losing their lives and property.

Jennifer Semakula Musisi is a Ugandan lawyer and public administrator. She is the executive director of the Kampala Capital City Authority. She was appointed to that position in April 2011. She assumed office on 15 April 2011.