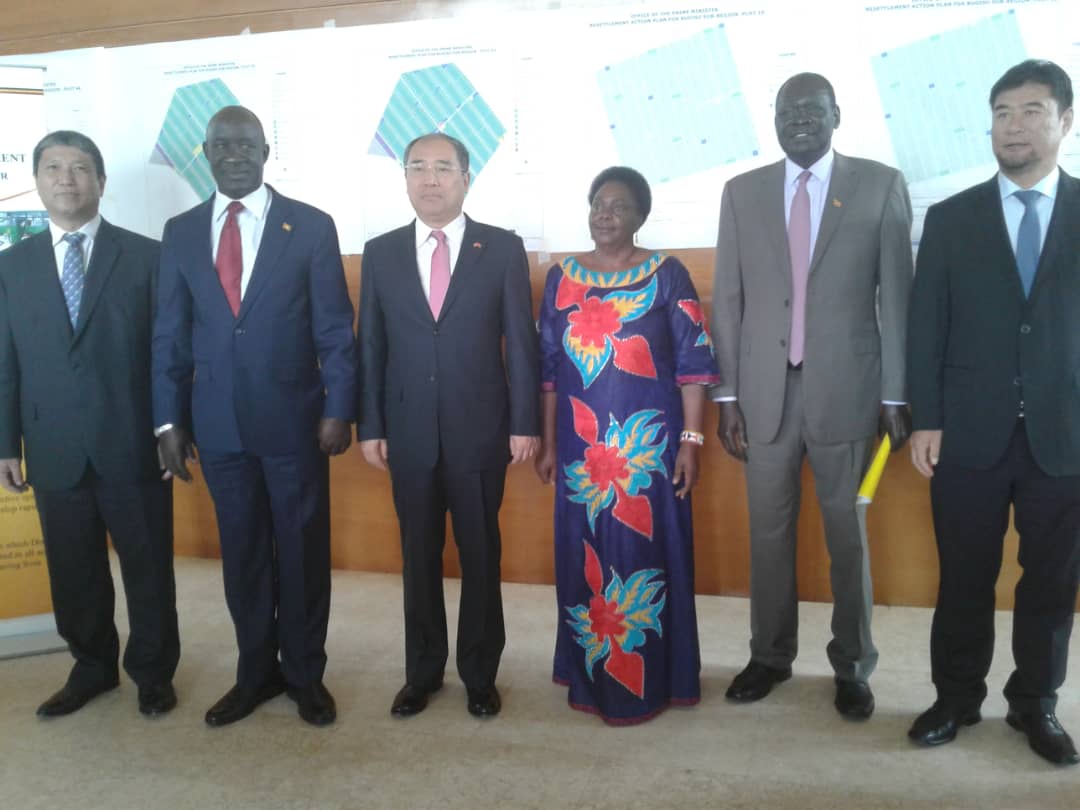 The relief and disaster minister Hilary Onek has rapped at legislators to stop doing the un necessary talking and come out to help the people of Bududa who were hit by landslides.

The visibly angry Onek today told journalists at the sidelines of the meeting where Chinese community in Uganda were handing over relief items to the minister that, legislators are paid huge salaries totaling to UGX.35M but can not even sacrifice their salaries to help their brothers and sisters.

Onek says, this kind of greed should stop among our leaders and offered to be the fast to sacrifice his salary for three months as a means to help the poor Ugandans in Bududa.

However, in a bid to save lives, China through their embassy has donated ICT material, relief items and cash totaling to UGX.73.5M to help in the resettlement of the Bududa landslide victims.

Speaking at the handover ceremony today in Kampala, the minister in charge of disaster, relief and refugees, Hon. Hilary Onek said, by yesterday, they have recovered 45 bodies and hundreds of survivors who were taken to bududa and mbale health facilities for treatment.

He further notes that over 10,000 people from over 900 families need to be relocated from the dangerous areas in Bududa to Bulambuli where govt secured 28000 acres.

He further reveals that evacuation plans have already been laid to see that the vulnerable communities are saved.

Onek also notes that the UGX.16Bn ear marked to facilitate the evacuation process is not enough as numbers keep on swelling every day.

However, the Chinese ambassador to Uganda, H.E.Zheng Zhu Qiang says, this support is a fulfillment to H.E.Mr.Wang Yang, the chairman of the Chinese people’s political consultative conference that he made during his visit to Uganda in June.

Among the items donated include, 95 laptops and desk computers, 10 projectors and printers to easy communication among departments and agencies, 500 plates and cups, Posho, bed sheets among other relief items.