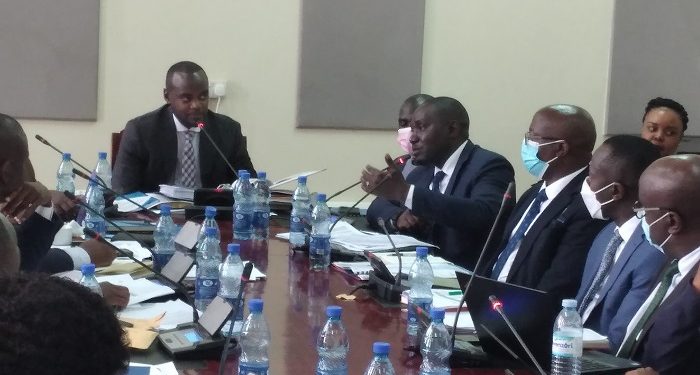 Traders, who import rice from Tanzania petitioned Parliament to prevail over the discriminative reinstatement of the 18 percent VAT levy. Today the traders faced the committee of trade and decried several trading obstacles  compounded by the interruptive communication from the Ministry of Trade, Industry, and Cooperatives.

Traders also decried the pergue by Apex body Known  as Rice Agribusiness Development Foundation (RADFO) that was imposed onto them with autonomous powers over rice importation by the minister of state for trade Harriet Ntabaazi.

70 companies subscribing to the association (RADFO) were issued permits allowing them to import tax exempt rice from Tanzania while frustrating others from business’s.
When tasked to explain the mandate of this Apex body URA officials led by commissioner of customs disowned  it saying its not recognized in customs.

MPs discovered that rice traders were compelled to pay Shs180,000 for each ton of rice they import, exclusive of tax, which RADFO has been collecting in a bid to have their consignments cross the Mutukula border

Moses Sekandi the Secretary General of RADFO faced it rough in the committee as he was put on spot to explain the legal frame work in which they operate.  Sekandi was handed over to police for further interrogation after giving uncoordinated information to the committee

The committee also quizzed URA on why they went on to implement a controversial directive by Harriet Ntabazi, the State Minister of Trade addressed to the Commissioner, which caused huge losses to rice traders as their trucks were held at the boarder.