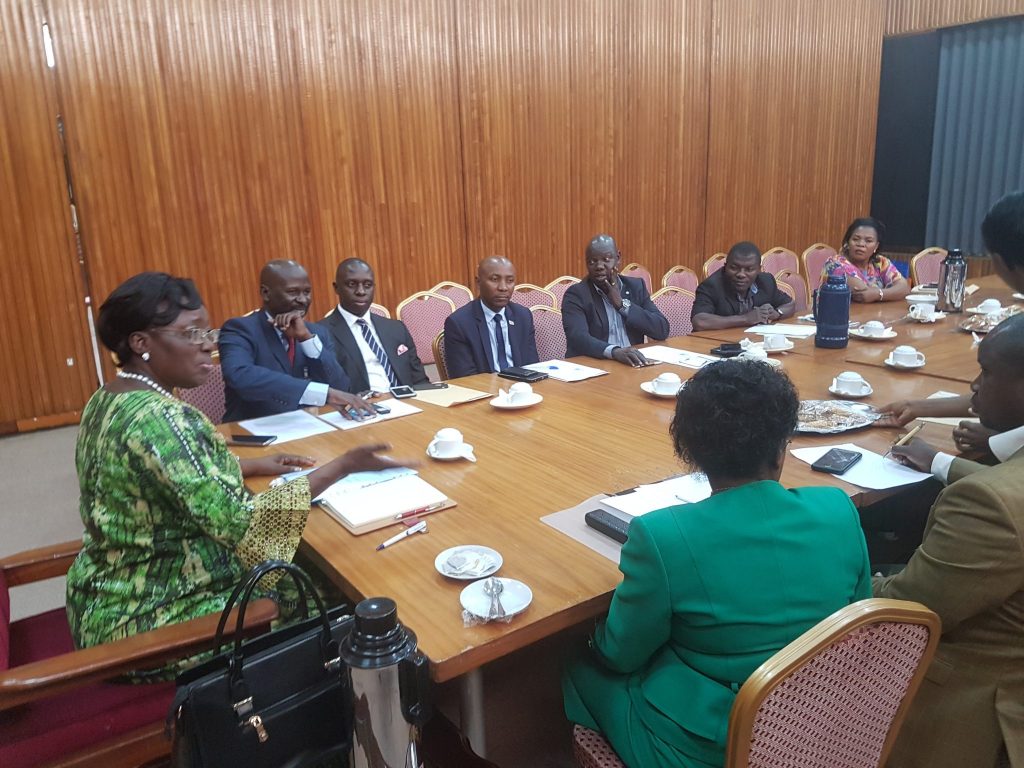 The Rt. Hon. Speaker of Parliament, Rebecca Kadaga, has briefed the delegation of MPs attending the 29th Annual Uganda North American Association Convention (UNAA) with a call to legislators to project the good image of Uganda and her tourism. She urged the MPs to attend all the meetings and manage their time well.

Kadaga said Parliament annually participates in the Convention to bridge the gap between Ugandans living in the Diaspora and legislature.

We should note that the Diaspora are important to our economy being that their remissions contribute greatly to the GDP as well as being a source of skilled labour, she said.

The four-day UNAA Convention, which takes place in Miami, Florida, starts on 31st August 2017 and will attract participants from various sectors that include Immigration, Lands, Uganda Investment Authority among others.

We need to be patriotic and present a good image of Uganda and listen to the issues facing Ugandans in the Diaspora, she told the legislators.

Kadaga noted that the issues of voting rights for Ugandans in the Diaspora and dual citizenship remain sticking issues, which will be addressed.

Although we agreed on dual citizenship, we have not yet set up the proper structure for acquiring dual citizenship. So it remains a challenge for our people in the Diaspora, she explained.

While 100MPs were invited to the Convention, the Speaker nominated 23 MPs to attend. Kadaga explained that the Members will attend different fora and make presentations on different sectors, loans approved, their implementation and whats going on in the country. The MPs were nominated from across the political parties and committees in Parliament.

Among the various fora the MPs will attend include the trade and investment forum; youth forum; the fistula campaign for northern Uganda, among others.

COMMITTEE UNHAPPY WITH GOVERNMENT OVER BILL