“If You Cannot Help your People,You Are Useless”Museveni Tells Opposition 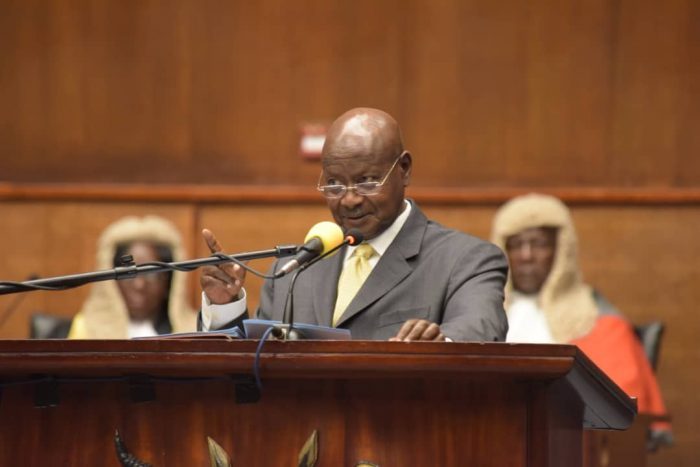 “If you cannot help your people,you are useless” Museveni tells Opposition.

While a dressing the state of the Nation adress in accordance with article 101 (1)of the constitution,the humorous Museveni bragged about Uganda’s economic growth rapidly growing at the rate of 3% beating that of Europe and USA in the 1950s and the only country in Africa growing minus using the minerals and that this growth is expected to go by 7% by 2020 with the extraction of oil.

Museveni took this opportunity to send a tough message to the opposition leaders “you don’t have to be in government to help your people,I was only 21 years old on the opposition side but I helped my people in kiruhura”.Museveni added  .

The President attributes the development in his home area to his efforts and it is the reason as to why there are no grass thatched houses in Kiruhura compared to other districts. “You hear people shouting DP,DP,DP, there is no DP without Museveni” The President boasted.

The President also expressed his disappointment with the religious leaders who have failed to inform the people to preserve nature and just look on while people are depleting nature and so he directed the chief administrative officers to stop people from encroaching on the wetlands if not they lose their jobs more so charged for that matter.