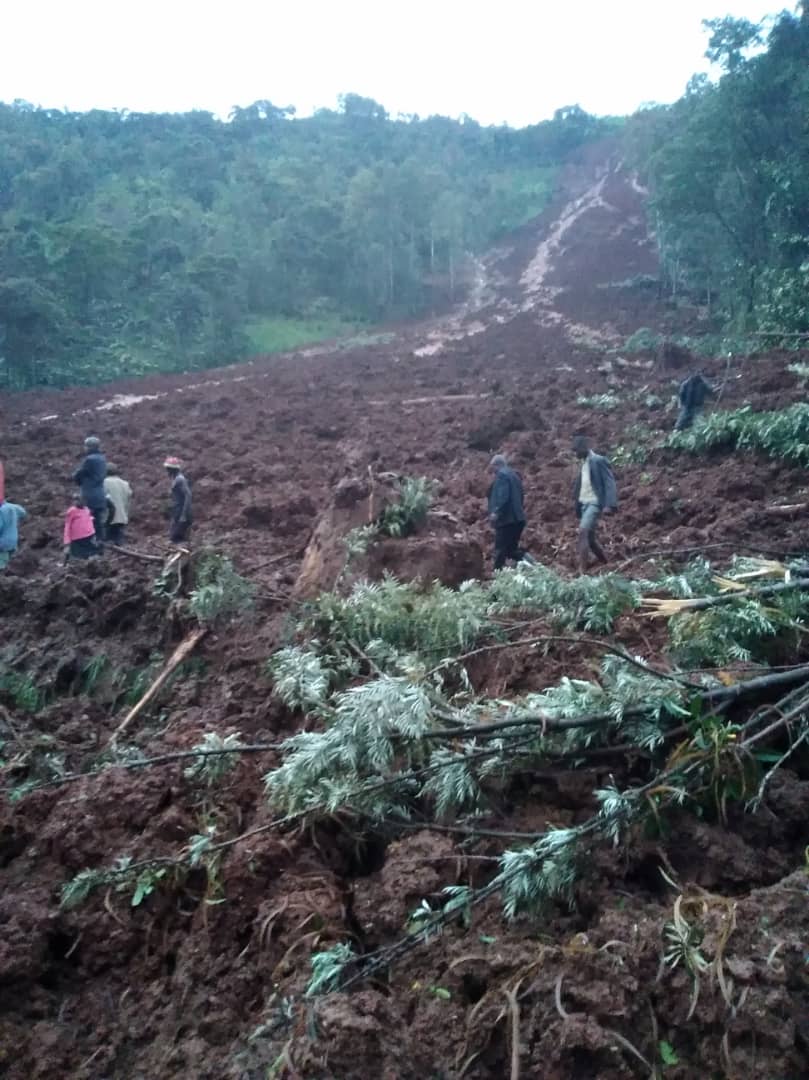 Godfrey Watenga  Nabutanyi the member of parliament for Lutseshe constituency in Bududa District is among the victims of the 4th June mudslides whose ancestral home was washed away by mudslides, regretted the nasty incident saying the rains started at 7:30 pm and lasted for over four hours.

Adding that this could be the reason for the incident. He however confirms that the number of people who have perished in this landslide cannot be established at the moment as people staying on the other side cannot be reached physically and on phone.

However, eyewitnesses say, one girl has died and several feared missing in a landslide that occurred this night in shisakali village, bugobero parish buwali subcounty in Bududa District.

This follows long-lasting rains that persisted for over four hours prompting the soils to loosen and roll at 11:30 pm.Several houses, animals and crops have washed away leaving the land with only mud and rocks.

Esther Nashuwu the survivor and mother of the diseased said, “i heard of noise from uphill and i ran outside only to realize that mud was rolling downhill adding that in less than four seconds, mud had covered the house where my 8year old girl and a pupil of Bundesi primary school in Bukalasi sub county was.”

Samson Wambete a resident of the same parish, Bukobero said, “we cannot establish the number of people who have died due to heavy deposits of mud and boulders along the way which has made hard for them to cross to the scene.”

In a statement from the prime ministers office, it confirms reports of displacement and destruction of property as well as missing persons. Search and Rescue teams are on the ground and we pray that the missing are found alive.

A team from OPM has been sent on the ground to work with local authorities and other agencies to establish the facts to inform the next course of immediate action.

In the meantime, people living on risky and dangerous slopes of Mt Elgon continue to be advised to move away and seek shelter with friends and relatives  in lower and safer grounds as the rains come.

As you may recall, Government /OPM started resettling the first batch of the survivors of the October 11, 2018 landslides in same area and other places in Bugisu sub region to Bulambuli Resettlement on 19th May 2019.

In the first phase, 101 houses have been built in Bulambuli out of a planned 900 houses. In total, over 100,000 people living precariously on the slopes of Mount Elgon are estimated to be at great danger and requiring relocation.

The second phase of construction of 140 houses is underway.