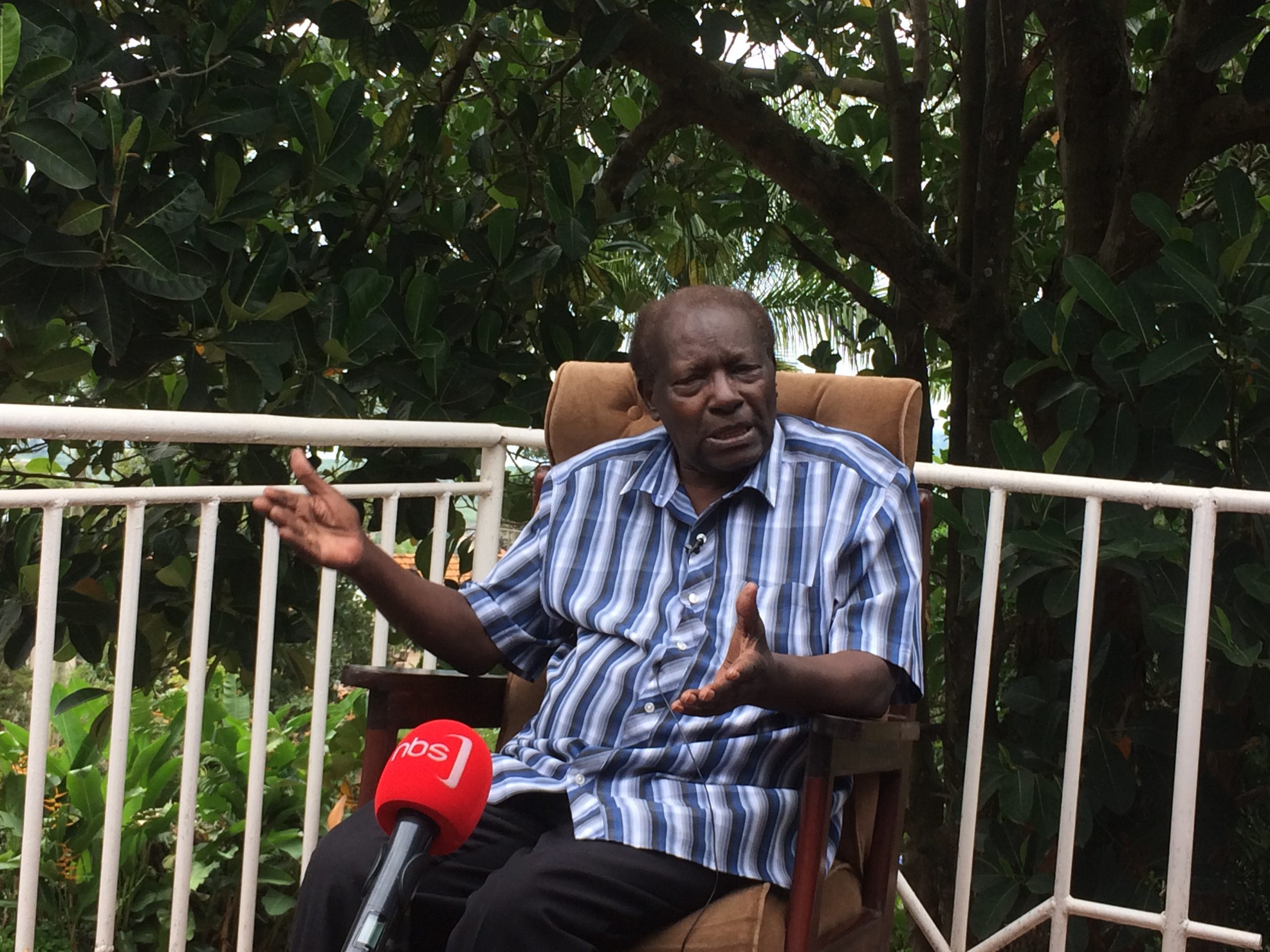 Kanyaihamba who was addressing journalists at his residence in Buziga today, he stated that the youth will win and urges ugandans to support people like Kyagulanyi.

He further stated that the current leaders like, Hon. Kirunda Kijeijinja, Hon. Moses Ali among other will be in their 90s by 2021.

Following parliament passing the law making it legal for 18 year old to contest give Kyagulanyi the mantle to run and then win the race.

He then said, it does not matter who takes the presidency, be it a comedian, joker, artists so long as he is a youth will lead.

Kanyeihamba gives examples of Omar Ghadafi, among other great leaders who have been won on the African continent but managed to retain power by rigging elections and recently a surprise in Ukraine where a comedian assumed presidency. But he confirms that former FDC president and four time presidential aspirant Dr. Kizza Besigye and DP presidential and former presidential aspirant Hon. Norbert Mao will never rule this nation.

Though powerful incumbents don’t win elections and instead rig eletions, it’s the people who will always win the polls by exercising their constitutional rights.


The out spoken former judge says, its time for the youth to take on the top most leadership position across the globe, warning that like it all not Kyagulanyi can become a good leader for this nation.

He also reveals his earlier times in England as he gunnered support for the current president, Yoweri Museveni during the bush war and to his surprise a white friend cautioned him on grounds that Museveni was not capable of winning power.

This did not stop him from supporting the cause and now he is the president of Uganda.