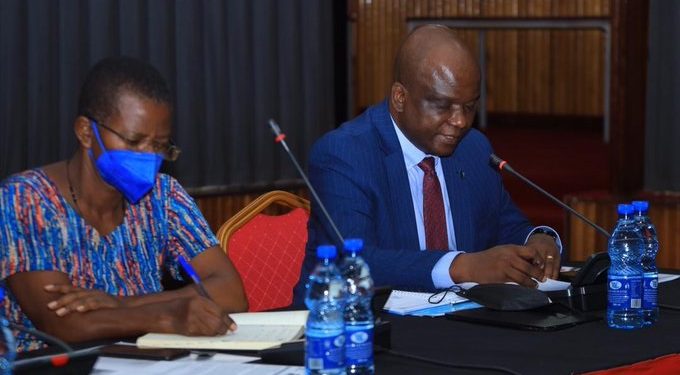 The National Forum of People Living with HIV/AIDS Networks in Uganda(NAFOPHANU) has petitioned the parliamentary committee of HIV/AIDS over underfunding of HIV response activities which may hamper government commitment to end Aids as a public health threat by 2030.

NAFOPHANU has called for the operationalization of The AIDS Trust Fund to sustain domestic funding for HIV response.

According to Dr. Nelson Musoba the director-general of the Uganda AIDS Commission, there is a high burden of New HIV infections due to Covid 19. In 2020 alone over 38,000 people were newly infected with HIV of which 5300 were children between 0-14yrs.

Musoba also expressed concerns with the increased cases of Mother to Child Transmission of HIV despite several interventions made by the government to mitigate such infections.

Appearing before the Parliamentary committee of HIV/AIDS, the National Forum of People Living with HIV/AIDS Networks in Uganda(NAFOPHANU) called on the government to step up domestic funding of HIV response strategies, if the commitment to end AIDS as a public health threat by 2030 is to be realized. They have called for the operationalization of the National AIDS Trust Fund.

People Living with HIV/AIDS have decried increased cases of stigma and discrimination which has exacerbated the HIV burden in the country. Statistics indicate that 32% hide their status in fear of stigma, 24.3% feel guilty and 21% feel ashamed of their positive status due to stigma. They have asked parliament to develop more Stigma reduction interventions to address this structural barrier to HIV Fight.