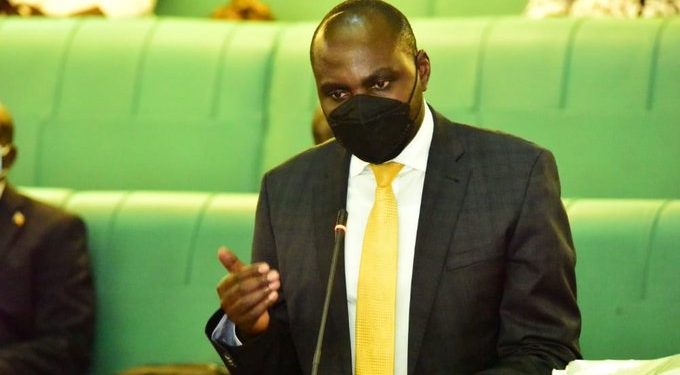 Uganda to Shift Trade Route to TZ as Kenya Heads for Polls.

The Government embarks on renovating Dar es Salaam-Kampala trade route as an alternative trade route from Mombasa -to Kampala as Kenya heads for the August general Elections; to mitigate risks of the anticipation of violence.

This was disclosed by the minister of state for finance Henry Musasizi while appearing before the parliamentary committee National Economy to brief parliament on the state of economy and indebtedness. the total stock of public debt has escalated to Shs73.5tn.

While interfacing with the parliamentary committee of National economy over the performance of the economy and state of indebtedness, the minister of state for finance (General Duties) Henry Musasizi noted the Russia-Ukraine war has got direct effects on the national economy and is projected to Slow down the GDP growth by between 0.5 to 1% in the financial year 2022/2023 on top of other factors.

Musasizi says the war has hit the whole world exacerbating global fuel prices and it’s expected to slow down global economic growth from 6.1% to 3.6%.

In the same meeting, the government has admitted that Uganda’s total public debt stock has increased by 15.4% in a space of one year and currently stands at Shs73.5 trillion by December 2021. Of this, Shs45.72tn is external debt and domestic debt stands at Shs27.77tn. This left MPs concerned, wondering how Uganda will come out of the debt trap.

As Kenya draws nearer to the much anticipated presidential elect Dar es Salaam ions in August, the government of Uganda has started plans to rehabilitate the central corridor of   – the Kampala trade route to shift away from the Mombasa-e-Trade route which is anticipated to be at risk affected by politics, should violence escalate in Kenya after elections.

75% of Uganda’s imports come through the port of Mombassa any disruptions can affect us directly the Minister noted.

Musasizi reiterated the government’s commitment to procure the necessary infrastructure like vessels to transport fuel on the lake from Tanzania to Uganda to ensure that the 2007 crisis that followed the stormy Kibaki-Odinga elections doesn’t reoccur.

However, committee members have tasked the ministry of finance to make interventions available to reign over the escalating pump prices which keep skyrocketing every other day.