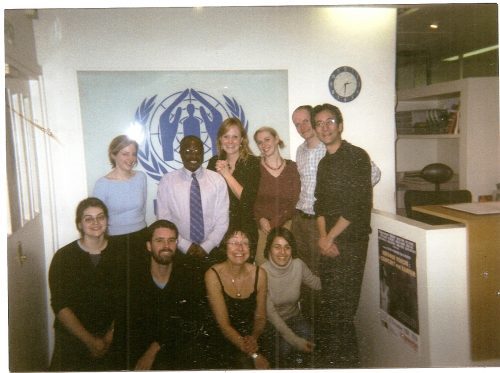 Opinion by Peter Magoma Mashate Lawyer Based in London

The advent of His Excellency Kofi Annan a Ghanaian and Nobel Peace Laureate who rose through the rank and file of the UN to become the first citizen of the international family of nations who died on 18th August 2018 aged 8o, but his contributions will live for ever as a testimony that Africans can do it and also do it very well.

He served between 1997 and 2006. However he did not easily get the UN job as he had tough competitors for the same job like the Ugandan Ambassador Olara Otunu whom reportedly was being supported by Britain’s’ powerful new kid on the block Tony Blair as they had reportedly been together at Oxford University Law school sharing a room. However, for such a job the criterion is that your home country should be able to nominate you. Whether Ndugu Otunnu approached the Uganda government only him can tell but in the end Kofi Annan took the job. The Ghanaian career diplomat was appointed in December 1996 to become the seventh UN Secretary General and served for a period of nine years.

This was before United Nations offices that are also the HQ for World Food Programme (WFP) were moved to the Strand Central London fearing an Ariel terrorist attack on the High Rise building by fundamentalists for the role of UN Resolution that authorised Military action (War) in Iraq.

Indeed, 9/11as the euphemism goes for Terrorism by the Passenger Air Crafts attack on the Twin Towers in New York redefined the Newer World Order vis~a~vis the ostentatious end of the Cold war (Gorbachev) (East versus West) (Reagan & Mrs Thatcher) New World order. HE Annan had to contend with the two Worlds and presided over the Middle East War & Iraq completely unenviable brief but he navigated through and never left behind his human heart.

Annan’s human heart was always evident on his human face every time he appeared on television during the Iraq Crisis. His human face persuaded the Security Council members to adopt a policy of containment rather than conquest of Saddam Hussein and he always weighed conquest against the human cost.

This is in part the reason he retained credibility and even went ahead to participate globally as a peace maker post UN. In 2012, Annan was appointed as the UN-Arab League envoy to Syria, in an attempt to end the civil war taking place.
During his time at the helm of the UN, Annan reformed the UN bureaucracy; worked to combat HIV, especially in Africa; and launched the UN Global Compact. The origins of the GAVI funds in Uganda which culminated in the biggest corruption scandal have roots in the efforts and sacrifices of HE Annan to see Africa supporting its own.

He later founded the Kofi Annan Foundation, a not-for-profit organization that works to promote better global governance and strengthen the capacities of people and countries to achieve a fairer, more peaceful world. He has also been Chairman of The Elders, an international organization founded by Nelson Mandela.

Since 2007 when he was replaced by Ban Ki Moon as UN Chief, Kofi Annan had taken on numerous diplomatic and humanitarian assignments many of them involving negotiations and conflict resolution both in Africa and beyond.
Some of these include his role (head of Panel of Eminent African Personalities by African Union) which sought to find a peaceful solution to the crisis that arose from the election violence in Kenya in 2007.
He will not be forgotten for his positive role in the Kenya Post-election Violence & Mwai Kibaki/Raila Odinga Power sharing deal & the Constitutional Review thereto.

He was in September 2016 appointed to lead a UN commission to investigate the Rohingya crisis involving the persecution of minorities in Myanmar
His eminent role as a diplomat and peace envoy has earned him numerous prestigious international awards including a Nobel Peace Prize in 2001 which he won as co-recipient with the UN
A Great man, one of the Greatest Pan Africanist & Mankind’s World most passionate Ambassador of recent times.
May his Soul Rest in Eternal Peace.
.