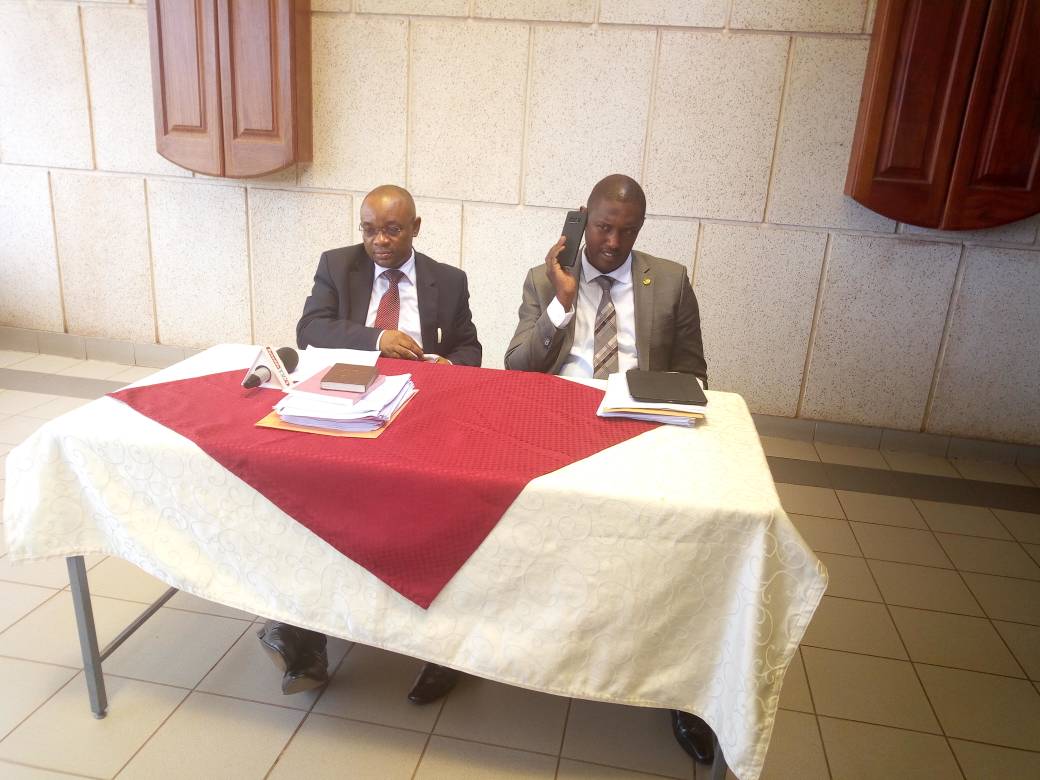 Commencement of hearing of views from stakeholders in regard to the Constitutional Amendment  Bill also known as the Age limit Bill suffered a setback when members of the comittee opposed to amendments raised continous procedural  issues leading to an adjournment.

The Legal and Parliamentary Affairs committee of Parliament was set to hear a presentation from Hon. Rafael Magezi, the mover of the contentious  Bill, as the committee  embarks on what seems to be an uphill task to discuss the details of the Bill, which partly seeks to repeal the age limit for Presidency from the constitution.

Proceedings of the committee that were scheduled to start today morning in Parliament have been delayed after opposition members including Hon. Semujju Nganda and Hon. Medard Ssegona raised security concerns citing Special Forcres invasion of Parliament prompting the chairperson Hon Jacob Oboth Oboth to call for the services of staff at Parliament to swich the venue to another room.

“Why not change the venue?” Semujju inquired. “we cannot sit here and discuss a national matter without assurance of our security especially after what happened in this place a few weeks ago!  I still have the scars after SFC Dec ended on me and tried to strangle me!”

The change of venue also seemed not to work for opposition members who later demanded that hearing of the bill be suspended until some administrative issues within the committee are sorted.

The prevailing situation characterized with emotions later forced the chairperson to adjourn the meeting up until 2pm when the hearing will hopefully commence.