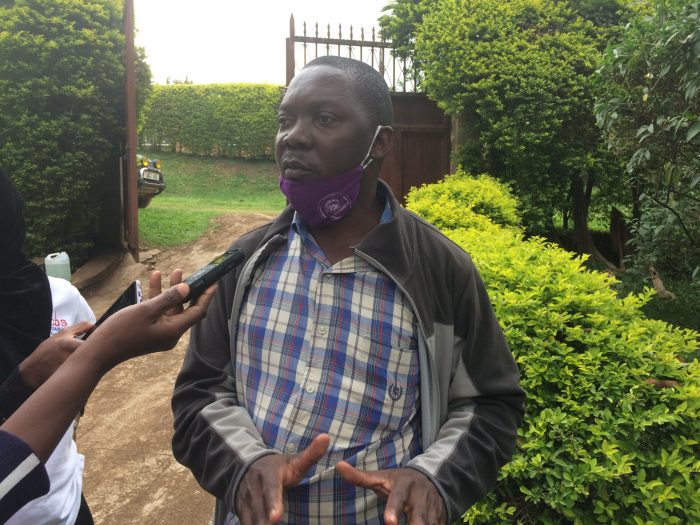 The three month COVID19 lockdown has seen a good number of sexually active teenage girls get unwanted pregnancies and resorting to terminating the pregnancies with some dumping the fetus on durst bins, water channels and toilets.

In Kalerwe, Bwaise, Nsoba, Nabweru, Kawala and other areas in Kawempe and Rubaga divisions, over 20 fetus and new born children dumped on durst bins and water channels have been picked by a community based health rights group, Tusitukire wamu found in Bwaise a Kampala suburb.

Speaking to the program manager, Tusitukire wamu group, Ronald Kavuma he stated that during covid19 lockdown, communities in the areas above were idle forcing them into unprotected sexual acts which resulted into getting unwanted pregnancies.

The high number of unwanted pregnancies pushed over twenty (20) teenager girls and women into unsafe abortion pausing a health danger to the girls and women.

But with the increasing number of unsafe abortion in the areas, Kavuma says, they started improvising means of how to get to the communities for sensitization. “We had to hire a pick-up to move contraceptives to all the community members who needed them as a way to minimize and scale down the fast growing numbers of unwanted pregnancies in slum areas.”

At a vigil of one of the former commercial sex workers who died as a result of unsafe abortion in Dobi zone-Kalerwe in Kawempe division, Kavuma used the situation to sensitize the communities on the dangers of unsafe abortion and the use of contraceptives to avoid unwanted pregnancies.

Dr. Charles Kigundu a renowned gynecologist working for Mulago national referral hospital reveals that since the president announced the official dates for the re-opening of schools for candidates and finalists, a number of teenage school girls have started visiting their health facilities seeking for safe abortion and post abortion services attributing the influx to the long period of covid19 lockdown which has left the sexually active teenagers idle but resorting to having sex, resulting into unwanted pregnancies.

As schools clock to re-opening, Dr. Kigundu notes that health workers are now projecting an influx of teenage school girls to visit their health facilities seeking for safe medical abortion services with a big number likely not to return to school because they are carrying unwanted pregnancies.

However, Sister Adong Mary a member of the association of obstetricians and gynecologists of Uganda and works with Mulago national referral hospital notes that the three months lockdown paused numerous challenges to both medical workers and their clients ranging from short working hours, high prices for contraceptives, stock out of contraceptives and this resulted into teenage girls and women conceiving unwanted pregnancies.

As Uganda joins the rest of the world to mark the world contraception day on 26th and safe abortion day on 28th September, Nabilah Sumayah a reproductive health lawyer warns that if Uganda does not put in place better policies like the school health and sexuality education policies and safe abortion policies and laws, the country’s plan to attain the 2030 maternal mortality targets remain in a balance.

Uganda’s unmet need for contraceptives stands at 45% with 35% of Ugandan able to access quality contraceptives which call for more efforts by the government to scale up on the availability of contraceptives and other family planning methods in every part of the country to help scale down on the high numbers of unwanted pregnancies which at times result into unsafe abortions.