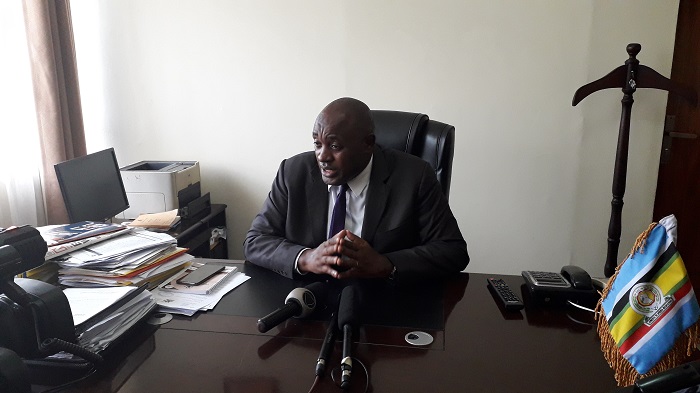 Minister of State for Lands, Housing and Urban Development Dr. Chris Baryomunsi has revealed that the government has acquired 48,0000 hectares of land on Entebbe road to construct a government campus that will house all the government ministries, departments, and Agencies to curb high expenditure on rented premises.

According to Dr. Baryomunsi government spends 98 billion shillings every year on rent for government offices housed in private premises, which is costly.

“There are many offices, including ministries which are still housed in rented premises and we pay up to 98 billion Uganda shillings every year in rent the” Baromunsi noted”.

He said once the campus is complete, it will also be easier for Ugandans to access government services under one roof.

“if you want to access services from the Ministry of Health and also want to cross to the Ministry of Lands, you will find them at the same campus, unlike today where it becomes extremely difficult to move from one ministry to another because they are scattered all over Kampala and Entebbe” He explained.

He said early next year, the government in partnership with NSSF is set to start construction of buildings.

He said the money to fund the planned project will be borrowed from NSSF and paid with the 98 billion shillings which the government keeps spending every year on rent.

He added that 48,000 hectares where the campus is expected to be set up is located along Bwebaja currently occupied by J&M airport hotel.