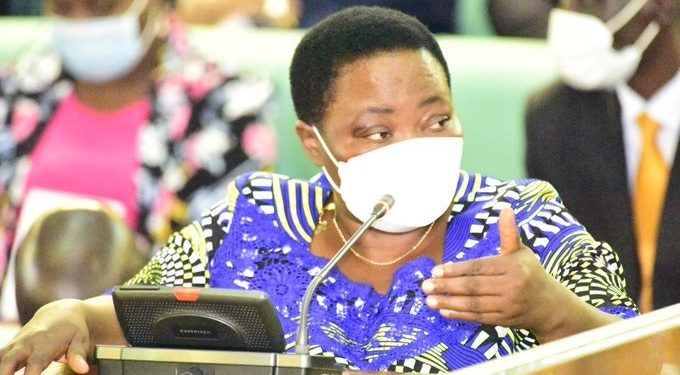 Govt Assures On Fuel Supply As Kenya Goes To Polls.

Despite the Uganda National Oil Company (UNOC) admitting before Parliament recently that the oil reserves in Jinja were empty, Prime Minister, Robinah Nabbanja has today assured parliament that Government has stocked enough fuel in case of any post-election violence after the August 2022 general elections in Kenya.

The Prime Minister Nabbanja’s remarks were in response to a concern raised by Asanasi Nyakato the woman MP for Hoima City who tasked Government to update the country on steps being taken to protect Ugandans against the impending fuel crisis as Kenya is headed for general elections.

The third deputy Prime Minister Lukia Nakadama took the floor and told MPs that the government that no Ugandan should lose sleep over the anticipated election violence in Kenya because Uganda has shifted to the alternative trade route of Tanzanian.

However this was challenged by MPs who believe the Tanzanian route which contributes only 20 percent of fuel input cannot offer reliable supply of fuel.

Robina Nabbanja the Prime minister of Uganda bulldozed into the discussion and assured that government has enough fuel in the reserves to run the country. However she could not commit herself on the quantity.

This left legislators casting doubt in the government assurance of fuel stock.

Uganda imports 80% of its fuel through Kenya, and given the past experience of the 2007 post elections violence, need for Uganda to shield itself from such eventuality is inevitable. In the last appearance before the parliamentary committee of natural resources, the ministry of energy noted that they were looking for Shs80bn to stock fuel in Uganda’s strategic reserves which are empty.